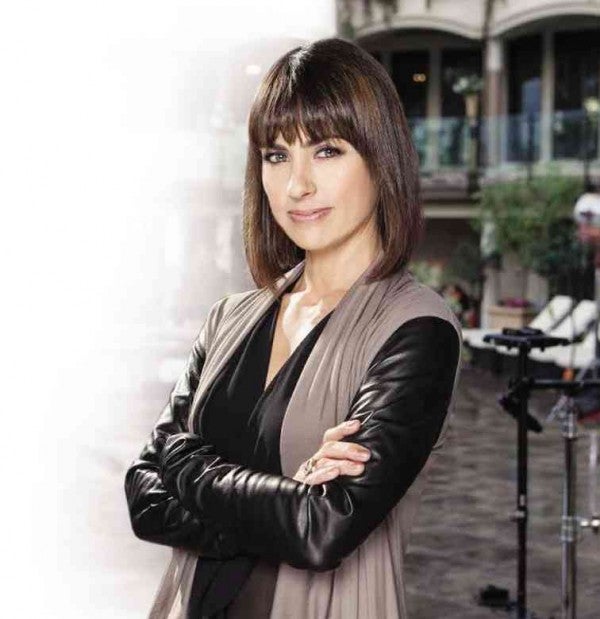 “As an actor, I’m manipulated every day. The difference is I… believe that I have a little bit more control,” Constance Zimmer tells the Inquirer of her new role, a scheming executive producer of a reality dating show, in the new series “UnReal.”

In the exclusive phone interview, Zimmer says that playing the demanding character Quinn King has somewhat given her a glimpse of the often-shocking, “unscripted” world of reality TV.

The actress, who previously appeared in scripted shows “Boston Legal,” “The X-Files,” “Entourage,” “House of Cards” and “The Newsroom,” costars in the new drama series with Shiri Appleby (“Girls”) and Craig Bierko (“Cinderella Man”).

Zimmer, 44, says of changing times in the American entertainment industry, “Television is definitely a more accepted credit on your résumé than when I started. There were television actors and there were movie actors, and the two did not cross. So you were either a TV star or a movie star!”

How reflective is this series of what’s happening with real reality shows?

The greatest compliments we get are from people who do work in reality television, telling us that we have tapped into something that is so close to the truth, it’s scary. I would like to believe that a lot of it isn’t real because it’s pretty terrifying, if it is. And it’s more fun to play these characters when you think they don’t exist.

What makes Quinn attractive to you?

I was fascinated with the very strong, powerful woman who was in control of a show that was pretty demeaning towards women… she has an element to her that I’ve never been able to explore with other characters—the vulnerability of such a strong character, and that was very appealing to me.

How was working with Shiri and the rest of the cast different?

It really felt like a team effort. Everybody was so committed to their characters and to the quality of the show and keeping the characters real as opposed to making them caricatures. And everybody, I think, is so in love with the story and the struggles. Every day on set… when you have 25 to 30 cast members, we were just all there, wanting to make the best show possible. And you can just feel it.

How would you describe the atmosphere behind the scenes?

The atmosphere for the most part was very, very jovial. We all had too much fun even when we were filming stuff that were really brutal but I’ve never seen so many characters on one show that you fall for, whether they’re male or female. So when [somebody’s character] was getting picked on, we’d feel bad, but we had a job to do. We would film stuff that was mean or demeaning to characters and they would yell cut and we would all laugh and hug each other. I constantly say sorry to people, like, “I’m so sorry that was not me; it’s Quinn!”

How do you see fame and manipulation now?

[It has] definitely made me a little bit more aware of how I’m manipulated in my daily life as an actor, and it’s fascinating.

It’s definitely made me look at any job. We’re all manipulated in anything that we do. We’re just maybe not as aware because we don’t have cameras following us around all the time.

How different is television when you started and what are the most significant changes?

The lines are blurred across the board, which should be. It just took a while, and that to me was the greatest thing that happened because as an actor, [I believe] we should just be given work if we were talented or if were right for the part. I have found that now that there are so many places to work… Amazon, Hulu and Netflix, they’ve opened doors for so many more people, to be creative, to show their craft, and that is a world and a business that I want to be a part of. And there are far more female characters, more diverse characters in general, and I think it’s going to get even better.

Who are your artistic influences?

Well, my biggest one is Meryl Streep. She has been an actor that I have looked up to for as long as I can remember. I had a postcard picture of her in black and white on my pin board all through high school.

I knew I wanted to be an actor since then and she to me is an epitome of a great actor. She is such an incredible example of being able to supersede people’s expectations as an artist.