Brillante Mendoza: You can never go wrong with real stories 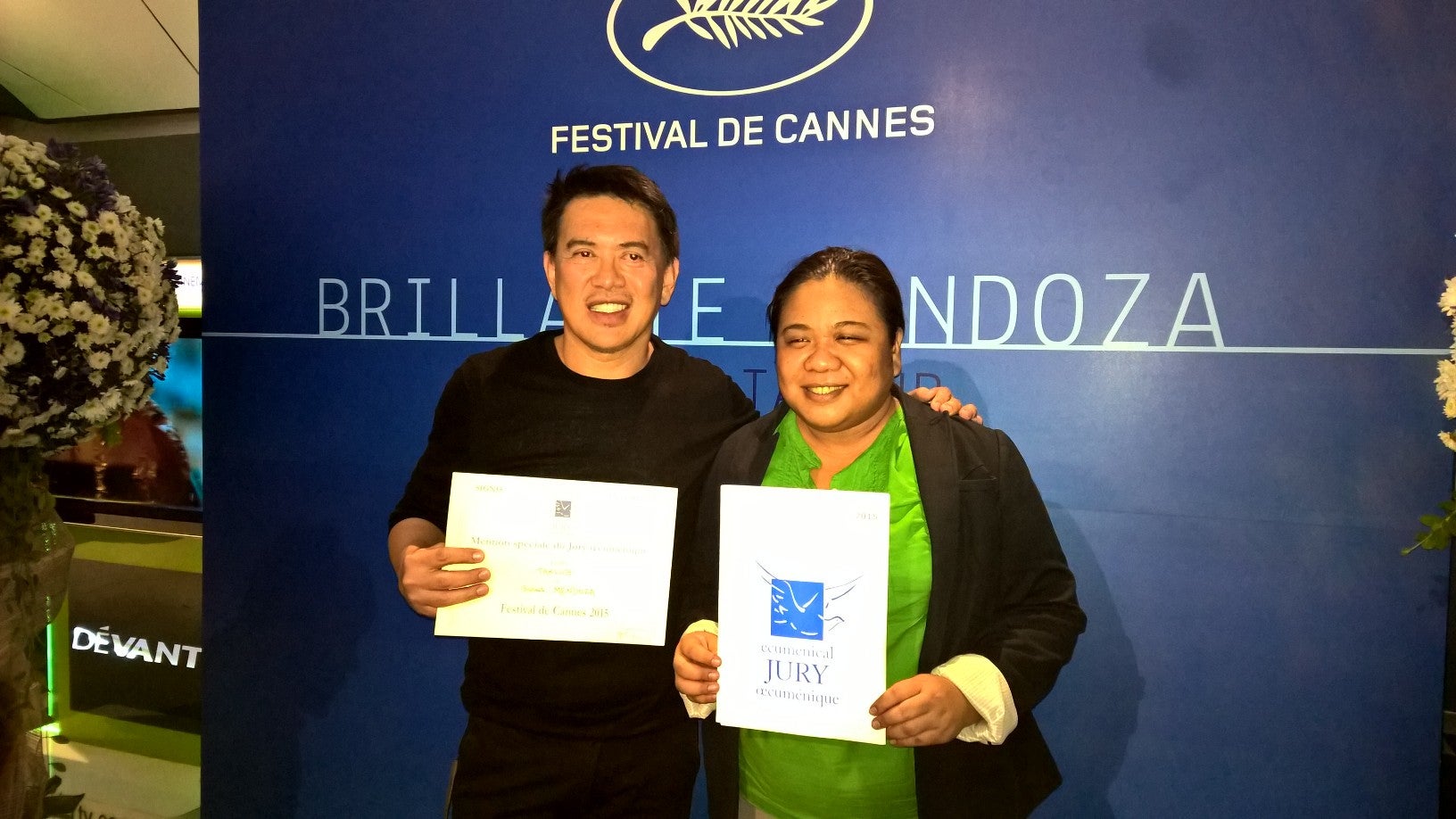 This was what award-winning director Brillante Mendoza spoke of “Taklub (Trap),” his latest masterpiece that tells the stories of survivors of the strongest typhoon on record to hit the Philippines in November 2013.

Super typhoon Yolanda devastated much of the Visayas region, particularly the Samar and Leyte provinces. It marked a death toll of more than 6,300, according the National Disaster Risk Reduction and Management Council.

The 54-year-old director said when his team went to Tacloban City and learned how much ordeal the survivors had gone through, he can’t help but admire that special trait unique to the Filipinos.

“We, being resilient in the midst of everything, especially when they (survivors) are trying to pick up the pieces and go on living…that’s the character you don’t see with other races,” he told INQUIRER.net on Monday during the first Philippine screening of the movie at SM Aura Premiere in Taguig City.

“Perhaps we have been accustomed to [tragedies] and we have no choice but to move on. We just laugh and accept [them] because we have no time to grieve,” he said.

“At the same time it’s painful because as humans we should have time to grieve because of our loss. But we just accept it as part of our life and we become stonger,” he added.

A docu about climate change

According to the citation, the film was commended by the ecumenical jury “for the sensitive portrayal of individuals and communities working for life in the midst of suffering and death in the shadows of natural catastrophes in the Philippines.”

Superstar Nora Aunor headlines the engaging drama as a mother named Bebeth who lost her children during the onslaught of the typhoon. Also part of the cast were Julio Diaz (as Larry), Lou Veloso (as Renato), Aaron Rivera (as Erwin), Romalito Mallari (as Marlon), Soliman Cruz (as Angel), Ruby Ruiz (as Kagawad Duke), Glenda Kennedy and John Rendez.

‘Taklub’ was produced by Mendoza’s Centerstage Productions and the Department of Environment and Natural Resources in partnership with the Presidential Communications Operations Office-Philippines Information Agency through the endorsement of Senator Loren Legarda. The screenplay was helmed by Honelyn Joy Alipio.

It was initially meant to be a documentary about climate change, but Mendoza said he asked Sen. Loren Legarda if he could make it a feature film. “So it would be accessible to the audience since the advocacy is climate change, so they would understand more its significance.”

“The advocacy becomes part of the story that it doesn’t come off as propaganda. I think that is the best way to advocate an issue. You just tell the real story and it will be welcomed and understood by the people,” Mendoza said.

What is the film’s ultimate message?

Mendoza said: “As a viewer who has feelings and heart, when you see the film, I hope you would do something, as much for the other people as for yourself. It’s because the change begins with you.”

“Taklub” premiered at the French film festival in Manila on Wednesday, along with Eric Lartigau’s “La Famille Bélier.”

Mendoza was the first Filipino to win Best Director at the Cannes Film Festival for his movie “Kinatay” (Butchered: The Execution of P) in 2009.