If you ask Gilles Garachon, France’s ambassador to the Philippines, Filipino filmmaker Brillante Ma. Mendoza’s “Taklub” should have topped the Un Certain Regard section of the recently concluded Cannes Film Festival.

“It deserved to win,” Garachon told the local media during the press conference for the 20th French Film Festival in Manila. 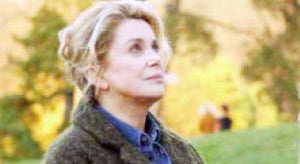 He hailed the Filipino film’s message as timely. “Taklub” tells the intersecting stories of three survivors of Supertyphoon “Yolanda,” which claimed thousands of lives in Western Visayas in 2013. “Taklub” won Ecumenical Jury Prize-Special Mention at Cannes.

“It is a moving, powerful film … it talks about the consequences of global warming and its effects on ordinary people,” he pointed out.

The film is particularly relevant in light of the UN Climate Change Conference, which the French government will host in Paris in December.

“The film shows that the people of Tacloban are still facing numerous challenges, but they remain strong and hopeful,” he said.

He described lead star Nora Aunor’s performance as “subtle yet breathtaking.” “She doesn’t show off. She communicates emotions effortlessly.”

To mark its 20th year, organizers lined up 20 films, most of which are recent productions, released either in 2014 or 2013, Garachon said. 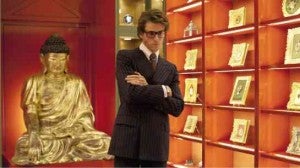 French screen icon Catherine Deneuve has two films on the list: André Téchiné’s “L’Homme qu’on aimait trop (In the Name of My Daughter)” and Pierre Salvadorri’s “Dans la cour (In the Courtyard).”

For Salvadori’s film, which was also shown at the Berlin Film Festival in 2014, Deneuve was nominated for best actress at this year’s Césars.

Gallienne’s 2013 film won the International Confederation of Art Cinemas (CICAE) award and SACD Prize (Directors’ Fortnight) at Cannes and won five César and two Lumière trophies (including best actor for Gallienne). It was also shown at the Seattle and Sao Paolo fests.

Aki Kaurismaki’s “Le Havre” won 16 awards all over the globe, including the Fipresci award and Ecumenical Jury Prize-Special Mention at Cannes in 2011.

Pascal Morelli’ s animated adventure “108 Rois-Démons,” which premiered at the Forum des Images last year, is based on the novel “Water Margin,” set in 12th-century China.

Thomas Litti’s medical dramedy “Hippocrate,” which won best supporting actor for Reda Kateb at this year’s Césars, tells the story of a reluctant intern’s rite of passage in a city hospital run by his father.

best actor nods for Guillaume Canet at this year’s Césars and Lumières.

David Andre’s documentary “Chante ton bac d’abord (We Did It on a Song),” which won at the Biarritz International Festival of Audiovisual Programming last year, follows high-school seniors who are tasked to sing for their final exams.

Another highlight of the festival is Abderrahmane Sissako’s “Timbuktu,” which earned a nomination for Mauritania in the best foreign language category of the Oscars. “Timbuktu” won 17 awards—including seven Cesars and two Lumières (including best film and director), the Ecumenical Jury Prize and Francois Chalais Awards at Cannes.

Garachon related that these “diverse” films show different kinds of families struggling and surviving in spite of contemporary sociopolitical problems.

The French Film Festival in Manila will have screenings at Greenbelt 3 and Bonifacio High Street, starting today until June 9.

Read Next
Vice Ganda vs bullies
EDITORS' PICK
Shop smarter with vivo’s big 12.12 holiday deals
House energy committee chair Arroyo bats for cheap electricity
How not to retire as an ex-president
Lawmakers eyeing more changes in Maharlika plan
Hidilyn Diaz wins only gold missing from her collection
The vivo Y02 is now available in the Philippines for only PHP 5,299
MOST READ
Jovit Baldivino, ‘Pilipinas Got Talent’ winner, dies at 29
Andi Eigenmann, family in Manila for a quick visit; Ellie dines with grandma Jaclyn Jose
LPA enters PAR, to likely strengthen into tropical depression in coming days – Pagasa
Lawmakers eyeing more changes in Maharlika plan
Don't miss out on the latest news and information.