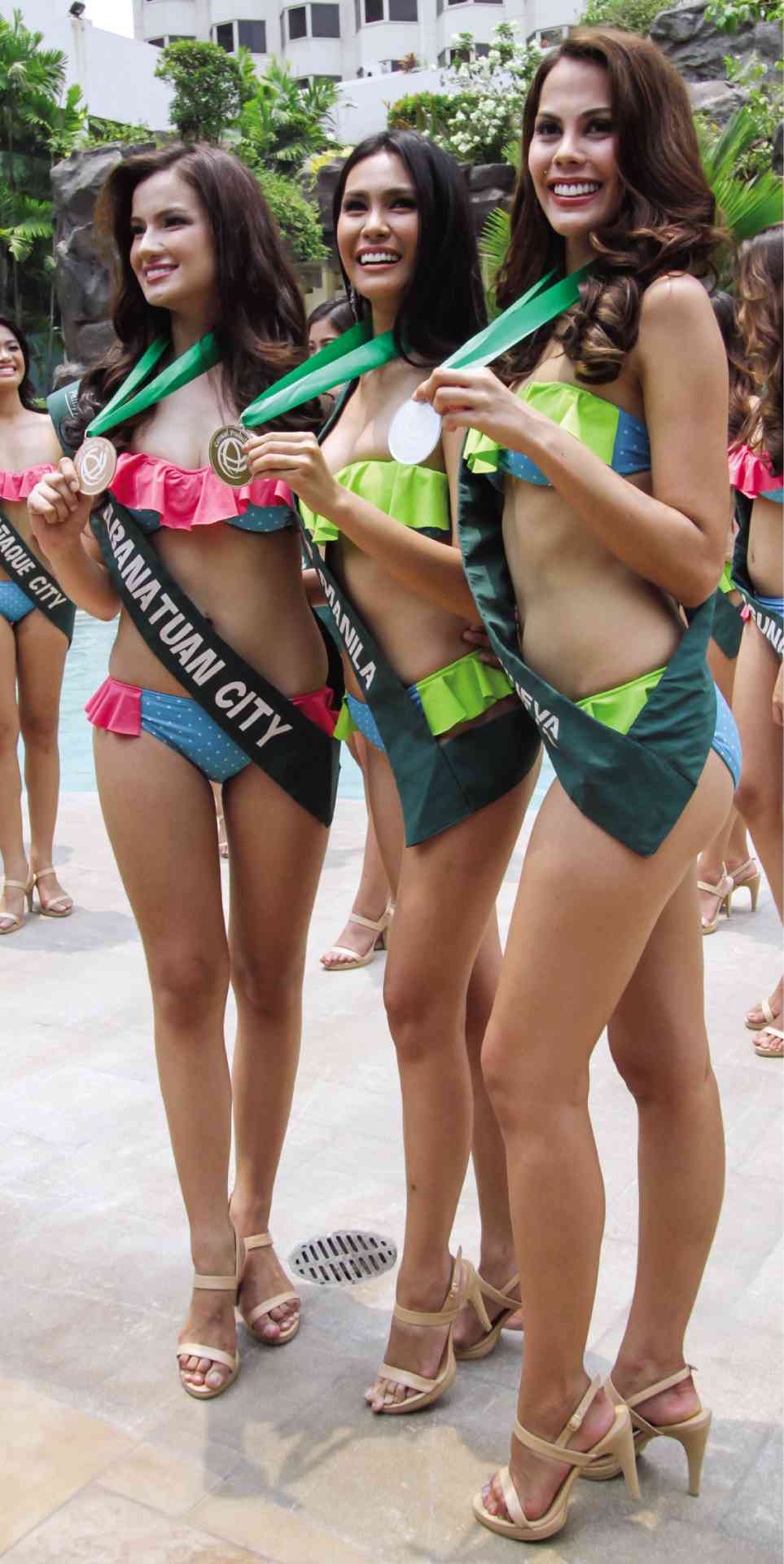 Lorraine Schuck, executive vice president of Carousel Productions (which mounts the contest), told the Inquirer that “Jamie’s triumph in the international pageant inspired a formidable set of beautiful and intelligent ladies to join this year’s search.”

For over a month now, 38 beauties from various cities and towns across the country increased their knowledge of environmental issues.

During the activities, the organizers awarded medals to the top three finishers. Other qualifiers, including those in group events, received points, too.

Thomas, former flame of actor Jake Cuenca, topped the swimsuit competition and was among those who led the group presentation contest. She also placed second in the media poll for Darling of the Press and finished third in the evening gown competition.

Angelia Ong, who’s from Manila, topped the resorts wear contest and the Darling of the Press poll and placed third in the swimsuit, casual wear and Trash to Class competitions.

Points for the Eco-Video Challenge will be revealed during the coronation ceremony Sunday night at the SM Mall of Asia Arena in Pasay City. The results of this challenge will be based on online votes.

Carousel’s project director Peachy Veneracion said the winner should be “a true woman of the Earth.”

To mark the national pageant’s 15th edition this year, the coronation ceremony will also showcase the experiences of former titleholders, and will feature a special production number led by

Jeweler Arnel Papa made a new crown for the pageant’s 15th year.

The 2015 Miss Philippines-Earth coronation night will be telecast Sunday night on ABS-CBN’s “Sunday’s Best” block. The Philippine Daily Inquirer is a media partner of the pageant.