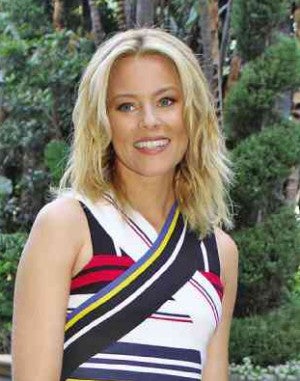 LOS ANGELES—“We really just wanted Hailee Steinfeld,” declared “Pitch Perfect 2” actress-director Elizabeth Banks when asked in a recent LA interview why she chose the Fil-Am as an important new addition to the Barden Bellas. “When Hailee read and sang for the role, she brought an essence and charm that were exactly right for the role.”

Hailee plays Emily, a freshman who joins the all-girl college a cappella group which tries to regain its status after a scandalous incident by joining a make-or-break world competition. “Pitch Perfect 2,” which marks an auspicious feature directing debut by Elizabeth (critics praised her work), hints toward the end that Hailee’s character will be the next leader of the Bellas.

The movie scored one over “Mad Max: Fury Road” by beating George Miller’s action movie masterpiece at the box-office in the US and many countries, including the Philippines.

“What I love about Hailee at the end of the movie is that you feel like she’s at the beginning of something,” explained Elizabeth. “The message was that the Barden Bellas had mentored her through the movie and now, she’s ready for whatever comes next. I personally wanted to feel like we are inspiring women and girls.”

Elizabeth, who reprises her role as Gail, the other half of the film’s commentator pair (who dish biting remarks), confirmed she also had a hand in choosing The Filharmonic, an LA-based Fil-Am a cappella boys group that makes a cameo as Manila Envy in the world championships. The six-member ensemble, which made it to the semifinals of NBC’s “The Sing-Off,” sings a Tagalog version of Journey’s “Any Way You Want It.”

“They wouldn’t have been in the movie if they didn’t sing in another language,” said the mom of two sons (both born through a surrogate), Felix and Magnus, with her husband, producer Max Handelman. “We specifically sought them out. It was really about finding the few groups in America that also sing a cappella in a foreign language.”

She added, “The Filharmonic was on top of our list because they had done ‘The Sing-Off’ and knew our music director (Deke Sharon). The world of a cappella is not big. It’s a niche musical category. We have the best people in that business working on our movie.”

On her experience directing a feature for the first time, Elizabeth pointed out, “I tried it out with little things (short films) before this. This was a pretty big undertaking. But, I had such a great education working with Jason Moore, who directed the first film.

“I did not expect that my feature directorial debut would be a musical (laughs). But, I so loved the story that we decided to tell. I was very involved with the development of this particular script. We developed it without Jason, so when we went to look for another director, the studio executives said, ‘Why don’t you just do it? You’re ready!’ I felt ready. I feel like I had come exactly to the right point in time. It was time to do it.”

What she aimed for was to expand the film’s scope. “I wanted to grow the world. My big challenge was that the first film was small. It was set in a college campus. We had a story that was big fish in a little pond. I wanted this to be an ocean. And, for the girls to be guppies surrounded by sharks. It was all about, how big can we make the world that the Barden Bellas live in?”

Being directed by Steven Spielberg in “Catch Me If You Can,” where Elizabeth played a bank teller who was unwittingly instrumental in mentoring a con artist (Leonard DiCaprio), taught her one important lesson about filmmaking.

She recounted, “What I realized was that he surrounds himself with the best people, so what’s he worried about?

“Janusz (Kaminski, cinematographer) is going to shoot a great movie. Steven’s got amazing production designers. I realized that if I also surrounded myself with the best people, then I could relax, because they were going to do the job—and they did! They delivered.”

On how she managed to use footage showing President Barack Obama and First Lady Michelle Obama in the opening scene, in which Rebel Wilson’s character has a wardrobe malfunction during a number by the Bellas, Elizabeth explained, “We licensed the footage from a news organization. We were looking specifically for footage of President Obama at the Kennedy Center.”

Teased that Universal, the studio behind the huge hits, “Pitch Perfect 2” and “Furious 7,” will merge both franchises in one upcoming movie, Elizabeth gamely answered with a laugh, “It’s happening. Yeah, Vin (Diesel) and Fat Amy (Rebel) are driving a car. It takes place in Hong Kong, of course—it’s a big international thing. Yep, The Rock is going to sing. He’s got a big solo that we’re planning. It’s going to be great!”

“Two billion dollars,” she jokingly predicted that movie’s earnings. “I hope I direct it,” she quipped.