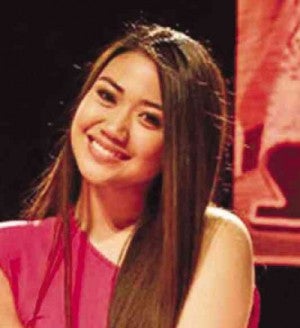 In the past, standout teen singer Morissette Amon has had to play second fiddle and also-ran to lesser talents, a situation that must have tested her patience and sense of justice in the music trade. But, all things eventually come to talents who are prepared to smile and wait—and that’s what’s happening to Morissette now: She’s come up with her new album, and when she plugged it on “ASAP” last Sunday, May 17, she definitely staked her rightful claim to musical stardom!

She’s still quite young, so her precociously prodigious achievement blew music buffs—and the competition—away. For our part, we’ve been batting for her since way back when, so we feel a sense of justice finally being served. Before this, we knew that we weren’t wrong about her stellar musical future, because she similarly hit the spot with musical verve and brilliance with her solo number some seasons ago on Ryan Cayabyab’s retroactive tribute concert at the CCP Main Theater.

What’s up for Morissette now? Producers are always looking out for the Next Big Thing who can successfully compete against other young comers—and even with established young musical superstars who have gotten soft, complacent, “feeling entitled” and lazy. Time to shape up again, ladies. The lay of the land has drastically changed.

To solidify her claim and sharpen her threat, Morissette should do much more than just sing, which she’s already proven she can do prodigiously, precociously well. She should also go into musical theater and star in a big Filipino musical. We know she’s interested because, when we auditioned talents for Spotlight Artists Centre’s acclaimed production of “Katy!,” if memory serves, she showed up—and did very well, indeed.

Unfortunately, there was no substantial role for female talents her age just then. But, a new show can be whipped up by a savvy producer to specifically “frame” her unique set of talents and qualities—so, go!

It’s also heartening to note that another young musical comer, Julie Ann San Jose, has finally gotten her act together, after years of fumbling and trying. She’s lost weight, is getting better styling and showcasing, and is all over TV, hoping that her new “packaging” will excite more fans.

We think it’s working, and we also like the fact that Julie Ann is working hard at coming across as an unusually versatile performer, even appearing on a newscast or two. —Good for her.

With Morissette and Julie Ann now coming on so strongly and definitively, other lesser lights should realize that their phlegmatic, awkward and amateurish efforts and antics will no longer cut it. They should be laughed out of the screen and stage, especially the silly, “wala lang“ nonsingers whose lack of talent mocks and insults the performing trade they want to be a part of. Alis diyan—supi!