MTV Music Evolution: A night for the hip-hop books

22,000 fans came together last Sunday, May 17, to witness the hip-hop goodness MTV has put together especially for Filipinos by bringing to Manila the first edition of MTV Music Evolution 2015. Putting the spotlight on the rap industry, MTV Music Evolution showcased a stellar line-up of local and international acts that satisfied everyone’s craving for classics and contemporary hip-hop music. Performers Gloc-9, Abra, Apl.de.ap, DJ Cash Money, YG, and Naughty by Nature brought the patrons in Quirino Grandstand along an epic musical journey and today, we relive this phenomenon that’s definitely one for the books. 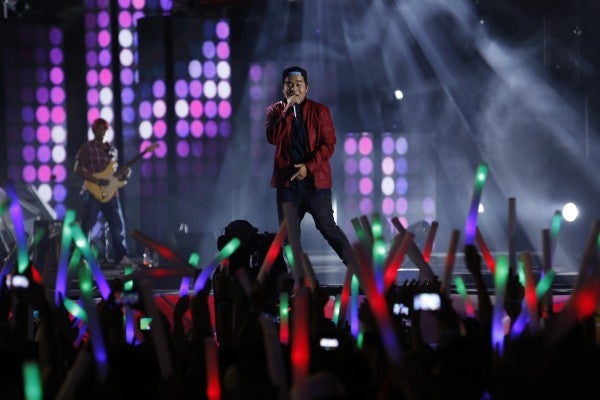 The party was started by Gloc-9 who proved why he’s considered one of the country’s greatest wordsmiths through “Upuan,” “Sumayaw Ka,” and “Sirena.” Of course, on a day dedicated to hip-hop, no one could forget Master Rapper Francis Magalona. Gloc-9 paid tribute to “the man who would be up on this stage if he were alive,” as he put it, through renditions of “Stars and a Sun” and “Kaleidoscope World” which was accompanied by a sea of lights as the crowd raised their hands and swayed in commemoration of the rap icon. 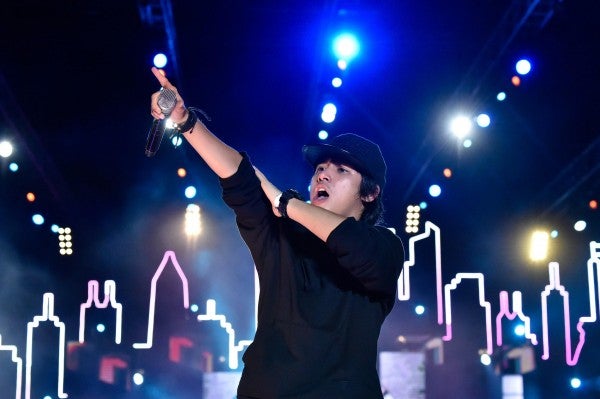 Following Gloc-9 was another homegrown talent, Abra, who shared the spotlight with other artists like Loonie, Ron Henley, and his own hip-hop group, Lyrically Deranged Poets (LDP). All together, they showcased an incomparable mastery of the rap game through songs like “AP3,” “Cerebrus,” and “Poor Country.” 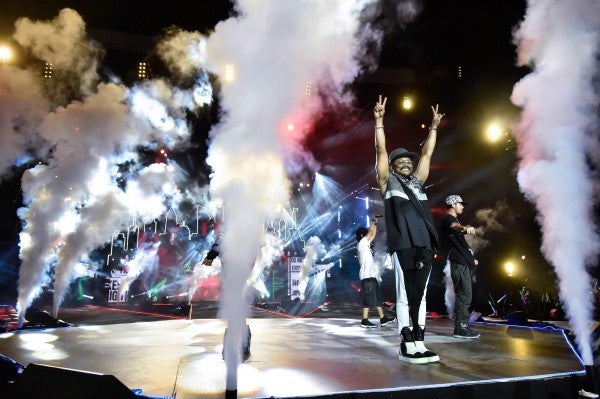 Up next was Grammy award-winner and Filipino pride Apl.de.ap with his electric set consisting of a “Here We Go / Bebot” mash-up, “The Apl Song,” and “I Gotta Feeling.” Before taking a bow, he treated the crowd to the ultimate throwback through a performance of “Where is the Love” with Abra, Loonie, and Jessica Reynoso.

Starting his set by sampling the Sesame Street theme song, DJ Cash Money captured the crowd’s attention and kept the audience partying by following through with a lively mix of the old and new flavors of hip-hop.

Representing the West Coast was YG together with Slim 400 and DJ Goofy 500. The trio succeeded in keeping the crowd’s energy up and giving the audience a taste of California through hits like “BPT,” “My Hitta,” and “Who Do U Love.”

Finally, it was time for what hip-hop fans of all ages were waiting for: Naughty by Nature. With Vin Rock wearing a “Filipino by Nature” shirt, the rap veterans were met with raucous applause as they performed timeless hits like “OPP,” “Hip Hop Hooray,” and “Craziest,” successfully laying down a blanket of nostalgia over the exuberant crowd.

MTV Music Evolution concluded in a cloud of confetti and has managed to make history by tastefully blending the old and new sounds of hip-hop as well as give us an idea of what is to come.

In case you missed this free show, be sure not to miss its global telecast on May 30, 7:00 pm!