Nora Aunor: We should not forget ‘Yolanda’ 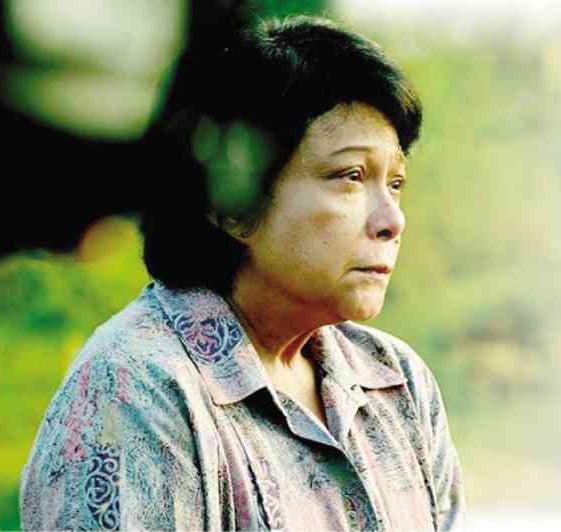 NORA Aunor feels it’s important for the world to know what happened in Tacloban. TROY ESPIRITU

Superstar Nora Aunor thinks she will be celebrating her 62nd birth anniversary on May 21 in a plane this year.

She is set to leave for Cannes Sunday to attend the May 19 world premiere of her latest film, Brillante Ma. Mendoza’s “Taklub,” in France. She estimates that she will be in transit on May 20 and back in Manila on the 22nd. The fest ends May 24; awarding of the Un Certain Regard section (where “Taklub” is competing) is on the same day, says producer Larry Castillo.

In an exclusive interview with the Inquirer on the eve of her departure, Aunor says she is not expecting to win best actress at Cannes. “I just want the film to be recognized. The audience, especially the foreigners, should know what happened in Tacloban.”

In “Taklub,” Aunor plays a “Yolanda” (international name: Haiyan) survivor who lost her children to the calamity (that claimed thousands of lives).

In her desire to make people more aware of the issue, she accepted another indie movie on the subject, “Sampung Libong Tag-Ulan: The ‘Yolanda’ Survivor,” directed by GM Aposaga and produced by Vizzions International.

“The two movies are very different,” she explains. “While ‘Taklub’ is about what happened after the disaster, my new movie shows Visayas before and during the storm.”

Aunor was able to visit Tacloban during the “Taklub” shoot and saw firsthand the survivors’ situation.

“It’s important for people not to forget what happened in Tacloban,” she relates. “The relief goods were not able to reach the survivors.”

Sen. Loren Legarda, who is the main proponent of “Taklub,” says Aunor is the only actor capable of playing her part in the movie. “She was not only an actor; she lived the heart-rending story,” Legarda remarks.

Before leaving for Cannes, Aunor finished her scenes in “Sampung Libong Tag-Ulan,” which was filmed in Batangas since the film would show Visayas, pre-“Yolanda.” Aposaga, however, will shoot additional scenes in Tacloban, to present the city’s current condition. 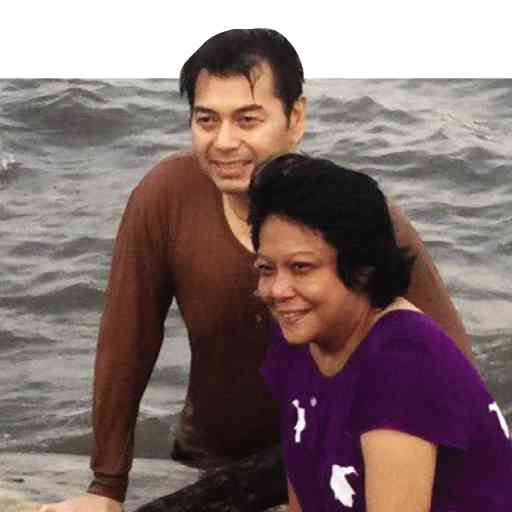 Aposaga recalls that he would sometimes find himself clapping after each take with Aunor. One scene showed Aunor washing the buttocks of her character’s father, played by Dido de la Paz.

“She had no qualms at all. I am in awe because she listens to my suggestions,” Aposaga recounts. “She doesn’t look down on me just because I am a newcomer.”

“It’s good to work with young directors,” Aunor says. “We should support filmmakers who are just starting in the industry. Someday these neophytes will become renowned… at least, you can claim you’ve already worked with them, that you are among the first to help this new generation of filmmakers.”

She says she also learns a lot from young directors.

“You get to pick up new ideas,” she says. “That is a big help since I plan to direct again this year. I want to start with a short film first.”

Before going behind the camera, the award-winning actress (and this year’s Natatanging Gawad Urian recipient) will begin work on her Bicolano film, Kristian Cordero’s “Hinulid,” and two indies under Adolfo Alix Jr. (a film on OFWs in the Netherlands and on the Tasadays).

After her return from France, she is set to travel again to the United States in June for her throat operation and therapy.

“Hopefully, my singing voice will be restored after,” she says.

Her “Sampung Libong Tag-Ulan” producers, Emman and Net Razo, are planning a big concert, too.

“Ernani was my teacher in my ‘Superstar’ show in the 1970s,” Aunor relates. “He would give me lessons at home—vocalizations every other day. He would also guide me in the recording studio. If a song is too high, he would teach me techniques so that I’d be able to hit the notes properly.”

Read Next
Charlize Theron is newly minted action queen
EDITORS' PICK
Notice of 2020 regular meeting of stockholders June 18, 2020
SM prepares for ‘safe malling’
Leveling up your ‘lutong bahay’ with the kitchen companion you never knew you needed
NBI, Immigration to join hunt for ‘underground’ medical clinics
2 Chinese nationals arrested in raid on another unlicensed COVID-19 hospital in Pampanga
P2.2 trillion in losses: Cost of COVID-19 impact on PH economy
MOST READ
Revillame tells Roque: ABS-CBN is in my heart despite being in rival network
NCR is ready for GCQ — Palace
LOOK: Robredo, Vico Sotto, check Community Mart ops in Pasig
Año: Quarantine passes not needed in GCQ, movement restricted to essential travel
Don't miss out on the latest news and information.