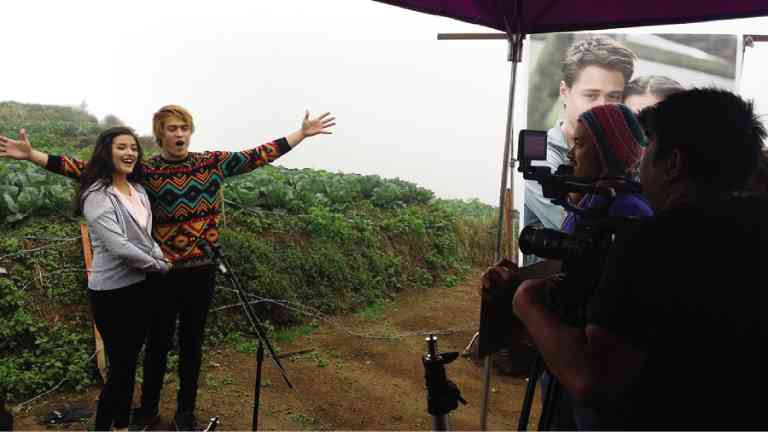 TUBA, Benguet—“Whether or not to turn the place into a commercial area is not the network’s decision but of the local government and the tourism office. We just want to remind people that protecting this region is a shared responsibility,” said “Forevermore” head writer Mark Angos.

He was referring to the upland village, Sitio Pungayan, on top of Mount Kabuyao, the second highest peak in Benguet province. The area is the location of the fictional community called Sitio La Presa, home to the show’s heroine Maria Agnes Calay (played by Liza Soberano).

Prior to it being the setting of the ABS-CBN prime-time soap opera, the place was known as “Radar,” the site of two of the biggest radar stations in northern Luzon. Since October 2014, it has been home to a small crew led by program director Cathy Garcia-Molina.

“It was just us back then. It was so quiet,” said Enrique Gil, who plays Soberano’s onscreen partner Xander Grande. “I remember that there was only one small sari-sari store standing here. We would buy snacks from it. A few months later, it began selling what it called La Presa hats as well as necklaces similar to what Agnes would often wear. That started everything.”

Only recently, the local government began collecting P25 per person as “environmental fee.” An estimated 70 souvenir and food stalls are now set up near the foot of the mountain.

Tourism boomed, but a worsening garbage problem and the traffic gridlock on Marcos Highway, about 10 kilometers further down the mountain’s base, alarmed residents.

“Forevermore” is set to air its final episode on May 22. Star Creatives, the series’ producer, will soon break camp.

Angos said the team would leave most of what it built in the area, such as Agnes’ shack, the now-famous La Presa signpost, as well as the bench where Agnes and Xander would often meet. “We are hoping that the people will keep them because they are iconic and are important elements in the program.”

Baguio and Benguet became characters in the story, too, Angos said.

The show explored all the tourist spots that were unique to the two areas, like the Burnham Park, Camp John Hay, Cemetery of Negativism and the Picmar Heritage Lodge.

“Tourists can go to other places, like the restaurants where some of the characters have dined or worked,” he added.

While it was scorching hot in Manila, which is a five-hour drive away, the temperature in Sitio La Presa was at 18 degrees Celsius during our visit.

Gil said it was difficult to work in this condition. “The cold takes some getting used to. During our first days here, my costume was only T-shirt and boxers. There was even a scene were Agnes had to pour water on me. It had been windy when we shot the scene. My jaws felt frozen and my nose runny. It was hard to deliver my lines,” Gil recalled. 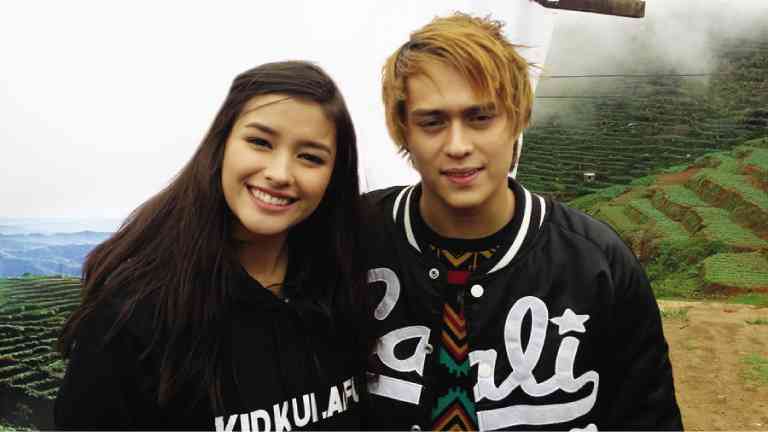 LIZA says their meals are often cold, while Enrique has difficulty acting in chilly weather.

Soberano had other more pressing concerns. “Our food is always cold here. We’d be happy to eat warm pizza from the city. Transportation is also a problem, since we constantly have to bring equipment up and down the mountain,” the actress said. “Also, we can only use the comfort room here to do No. 1 and not No. 2. We have to go down to use a bigger toilet, but we have to wait for our service vans to go up.”

Regarding the area’s growing commercialization, Gil said: “We constantly remind people to protect it. We integrate this message into the story, like when crops were attacked by pests. We discussed right farming techniques. We tried to point out to the audience how important La Presa is to the people here. If their crops were destroyed, they would lose their source of livelihood.”

A large crowd gathered some 20 meters from the set of “Forevermore” during our May 10 visit. Some of them thought the thanksgiving concert would push through that day. ABS-CBN management earlier announced its cancellation “due to environmental concerns raised regarding the event’s venue.”

Gil said the “Forevermore” team was overwhelmed by the positive response from the audience. “They tell us that even TFC (The Filipino Channel) viewers like it. We’re up here and don’t really know what’s happening in other places. We don’t have any idea how big the show has become. We’re just happy with the feedback. It’s so unexpected.”