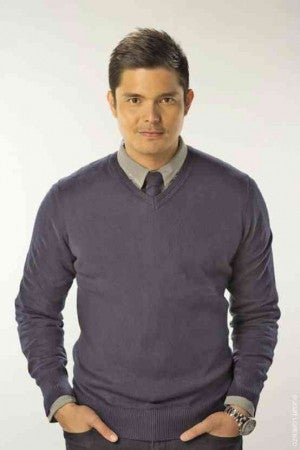 DANTES. His partnership with Marian Rivera could take him all the way to the top of the political hype and heap.

It’s still a full year before the 2016 polls, but some stars are already intimating through their covert and overt actions that they are thinking of running for key national or local posts.

First off, Dingdong Dantes has become a youth, culture and advocacy proponent, possibly because he plans to run for—senator? If so, his new wife, Marian Rivera, could be his most effective campaigner and vote-gatherer!

Come to think of it, if their new tandem does well at the polls, that success could take them much further, perhaps even all the way to the top of the political hype and heap!

Next, Luis Manzano has been observed making his own purposive moves in a similarly political direction. This should come as no surprise, since his mom, Vilma Santos, is governor of Batangas, her husband is a senator, and Lucky’s father, Edu, has himself given politics and government service a go.

But, what post would Luis be aiming for—Lipa mayor? Vilma’s replacement as governor?

Speaking of Ate Vi, her political prospects next year are even more promising—in fact, they’re over the moon! Despite her early disclaimer of “national” political intention, she’s figuring well in straw polls for VP bets. Since she’s nationally known and popular, that’s a decided possibility for her—if she steps out of “disclaimer” mode, and decisively claims her political “destiny.”

Another biz-related bet is Grace Poe, who’s leading the field in terms of “winnable” VP prospects—and is even shaping up as a viable candidate for president. —Which one(s) will the frothy political fountain bless?