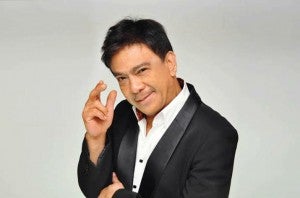 In a phone interview, Japitana said Puno was still complaining of chest pains on Saturday. Puno earlier underwent several tests and was advised by doctors to rest, she said.

“The operation has to push through as soon as possible before his condition gets any worse,” the manager said.

The family is raising funds to pay for the procedure, said Japitana, who had been Puno’s manager for 35 years. “They need to raise at least half a million pesos. His friends who want to help can get in touch with Rico’s daughter Tosca Puno (an incumbent Makati City councilor) who is in charge of the bills. Rico has no health insurance.”

In a Facebook post, Puno’s girlfriend Queenzle Natividad asked friends for assistance to raise 24 bags of blood for the 62-year-old singer’s heart surgery.

In the post, Natividad said: “If you think you are a possible donor, just go to the blood bank at the Makati Medical Center … and say that you’ll be donating for Rico J. Puno.”

“(Singer) Richard Merk and other friends from the industry are collecting bags of blood for Rico’s heart operation too,” said Japitana. RC