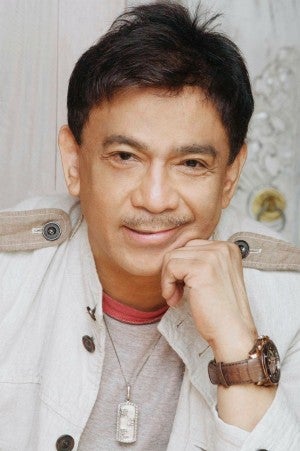 MANILA, Philippines—Manager Norma Japitana told the Inquirer on Friday night that her prized talent, Rico J. Puno, was in high spirits at the hospital after the 62-year-old veteran singer-actor was scheduled for a heart surgery.

Puno’s surgery was scheduled on Saturday morning at a hospital in Makati City.

“He was his usual jolly self, joking around with us,” Japitana told the Inquirer on Friday night when she visited Puno.

Earlier in the week, Puno complained that he had difficulty breathing on the set of the ABS-CBN sitcom “Home Sweetie Home,” where he was one of the cast members.

“He was given oxygen, as first aid, in the studio,” Japitana recalled. “He was then excused from work early and was told to go straight home.”

Upon arriving home, he still couldn’t breathe, Japitana recounted. “His children Tosca and Rox later decided to take him to the hospital in the family car.”

In the hospital, he underwent a series of tests and was told to rest, in preparation for the surgery set early Saturday morning.

“He is currently in the intensive care unit,” said Japitana who added that visitors are restricted to immediate family members.

His two grown children Tosca (who is an incumbent Makati City councilor) and Rox are by his side, said Japitana.

“His two other children Dorica and Erica are now based in the United States,” she added.

“I overheard the doctor saying that Rico J. has a clogged aorta,” the talent manager said. (Aorta is the main artery supplying oxygenated blood from the heart to the rest of the human body.)

Although Puno remained cheerful and seemed strong-willed, Japitana conceded that the operation is “still scary.”

“He turned 62 last February,” she explained, adding that open-heart surgeries can be complicated.

Japitana expressed the hope that Puno would be back to his old self soon.

“Please pray for my good friend and one of my mentors, Rico J. Puno …” singer Art Manuntag posted Friday on his Facebook page. Hundreds of friends and fans have responded to the post.

Puno, whose real name is Enrico de Jesus Puno, was reported to have almost suffered a heart attack when his blood pressure shot to 220/180 after a concert in September 2012.

Puno is known as one of the pioneers of Original Pilipino Music in the 1970s.

Puno’s classic hits include “Kapalaran,” “May Bukas Pa,” “Lupa,” “Macho Guapito” and “Ang Taong Marupok,” Cartada Dies,” among other songs that have become staple favorites in videoke bars nationwide. They have also been revived by various artists and cover bands through the years.

Starting his career in the mid-1970s, Puno has been one of the most exciting live performers known for his naughty punchlines on stage.

Puno was a councilor of Makati City from 1998 to 2007. With additional reports from Pocholo Concepcion, Philippine Daily Inquirer/ Totel V. de Jesus, INQUIRER.net/TVJ