Perky starlet goes under the knife for nth time

Even friends can no longer recognize Perky Starlet, who seems hooked on cosmetic enhancement. On top of a nose job and chin implant, PS has had extensive work done on her body.

At the onset of bikini season this year, PS went under the knife for the nth time—this one for a bust lift.

Veteran Star is famous for being candid—make that honest to a fault.

Between takes, VS was shooting the breeze with colleagues on the set.

Since the scene was taking a long time to set up, VS mindlessly chatted up a storm about former costar and inadvertently confirmed festering rumors about Debonair Thespian and Revered Artist.

DT and RA were secret lovers, though they were both married (to women).

Or as Seasoned Celeb subtly put it: “RA was always fond of DT.”

Seems Controversial Celebrity is waging a cyberwar against Brazen Enemy.

Actually, BE’s camp started it. Apart from not-so-subtle digs against CC, BE and allies have taken to flooding the Internet with photographs showing just how chummy and happy they are together.

Are the photos meant to reiterate the obvious, that CC is not welcome in their merry group?

Well, CC fired back with a series of snapshots with pals as well.

Discriminating fans down South will never tolerate mediocrity, especially since the region has produced some of the industry’s best music artists.

Tempestuous Diva (a gal who berates coworkers) had the misfortune of singing off-key during an out-of-town show. She was booed away by the finicky audience.

It was the ultimate comeuppance for TD, who tends to be overcritical of colleagues.

Heartbreak has pushed Seasoned Starlet over the edge.

Seething SS divulged Former Flame’s explosive secrets to reporter-buddies. But when push came to shove, SS got cold feet and denied the scandalous “revelations,” claiming she and FF were not even quarreling.

SS turned her back on media friends who were left to clean up the mess. 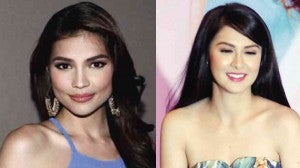 Following Marian Rivera’s recent withdrawal from GMA 7’s coming drama series “The Rich Man’s Daughter” due to a delicate pregnancy, the network has picked Rhian Ramos out of three actresses considered for the lead role.

Doctolero, the same writer behind the hit series “My Husband’s Lover,” hopes that Rivera’s fans will still watch the new show.

“I hope that whoever did that realizes it is wrong and will not do it again,” said teen superstar Kathryn Bernardo of the viral image depicting her screen partner and rumored boyfriend 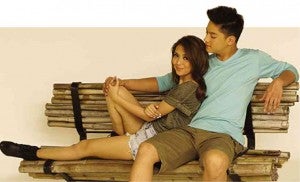 KATHRYN Bernardo is upset with the netizen who spread Daniel Padilla’s offensive photo.

Daniel Padilla dead, inside a casket.

The photo, with the text “RIP,” also features Kathryn smiling beside Daniel. It circulated online last week. “I don’t find it funny; it’s below the belt, but DJ (Daniel’s nickname) and I have decided to ignore it,” the 19-year-old actress said during a media gathering to launch her as the new endorser of Pascual Laboratory’s OraCare Mouthrinse.

In an earlier interview with ABS-CBN News, Daniel said he would regularly remind fans to stay cool and ignore bashers.

For those who missed last weekend’s remaining TV gabfest (and why we are moved, if we are moved): 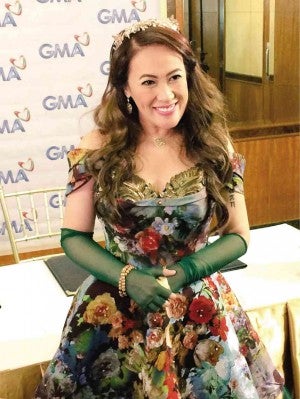 Ai-Ai on Kris Aquino whom she described as a “former friend”: “I wish her well.” (No comment.)