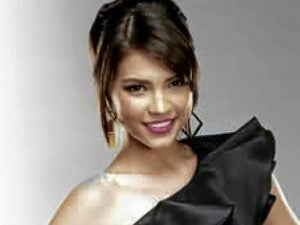 GMA head writer Suzette Doctolero in a post on her Facebook page and a text message from GMA Corporate Communication head Angel Javier separately confirmed that Ramos will take over Rivera’s role.

Ramos, in a statement, said she “looks forward to the challenge of portraying Rivera’s character” and that she is thankful for being chosen as the new lead.

The announcement was made three days after Rivera backed out from the project citing the delicate condition of her pregnancy.

“The Rich Man’s Daughter” features a love story of a woman in love with another woman.

The “Kapuso Primetime Queen” married actor Dingdong Dantes in December 2014. The couple confirmed on April 13 that the actress was two-months pregnant. AU/AJH/ With a report from Bayani San Diego Jr., Philippine Daily Inquirer

Marian Rivera bound to be a doting mom to kids