Wherever the kids are, Cartoon Network vows its shows will be 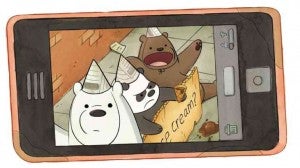 It was never a simple recipe of “sugar, spice and everything nice” for Cartoon Network’s (CN) large following of Filipino kids and kids-at-heart for the past 20 years.

A part of Cartoon Network Asia until it launched its own feed in 1995, CN Philippines has aired some of the most popular cartoons from Hanna-Barbera (“Yogi Bear,” “The Flintstones”), MGM (“Tom and Jerry”), Warner Bros. (“Looney Tunes”) and Cartoon Network Studio originals (“The Powerpuff Girls,” “Dexter’s Laboratory,” “Johnny Bravo”).

It seems the cartoon fever never waned, judging from the scores of kids and their parents who attended the Cartoonival event in Makati City’s Rockwell Tent early this year, held to “celebrate the most amazing shows on earth.”

The event featured games based on hit CN programs.

Nelson announced that CN and its sister networks Boomerang and Toonami were planning a global launch of new shows this year “by being everywhere kids are.” 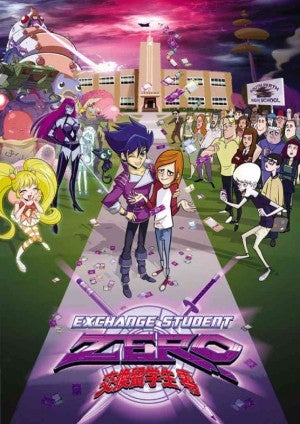 Finnegan elaborated, “Kids are on their tablets, cell phones and computers, going into the app store, playing and watching movies. We want to be there.”

Turner International also aims to close the gap of episodes broadcast between the United States and other countries by delivering not just new episodes for running cartoon programs, but new original cartoon series.

CN original “Exchange Student Zero,” unique for its fusion of comedy and action with anime and Western-style visuals, will premiere in July.

Based on a 2012 TV-movie of the same title, “Exchange Student Zero” is about two obsessed players of a fantasy card game, John and Max, who figure out how to bring a game character, Hiro, into their reality.

Another promising new CN original is “We Bare Bears,” created by Annie Award winner Daniel Chong. The series follows three bear siblings and their awkward attempts to integrate into human society. It premieres in October.

Included in Boomerang’s lineup are revamps of classics such as “Inspector Gadget,” “My Little Pony” and “Pound Puppies,” and new episodes of “Shaun the Sheep,” “Tom and Jerry,” “Turbo Fast” (based on a 2013 Dreamworks film) and “The Jungle Bunch.”

Rowan Atkinson has agreed to voice another season of the animated series “Mr. Bean” for Boomerang, Finnegan said.

Another former CN block, Toonami, targets older kids and teens who are into action-adventure programs. Among the new shows in its lineup are “Yo-kai Watch,” “BeyWarriors” and “Transformers.”