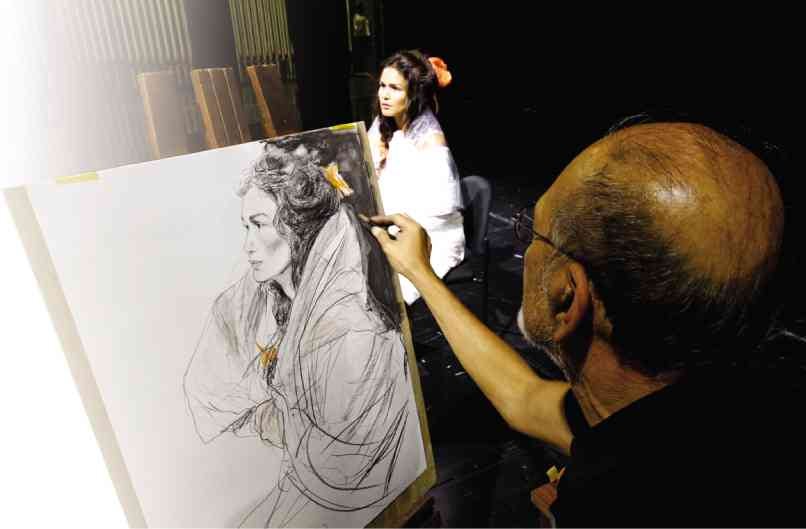 Preparing to perform in a musical play for the first time this month, Iza Calzado is a bundle of nerves.

“Who wouldn’t be?” Calzado, 32, exclaimed when the Inquirer asked. “But I’m excited, too, because it’s something new, after 13 years in the business.” She added, “The story of ‘Sabel’ is very beautiful. I have faith in Direk Freddie (Santos). He takes good care of me.”

Santos, who directs “Sabel: Love and Passion,” also wrote the lyrics and libretto. The play will be staged at The Theatre in Solaire on April 30. 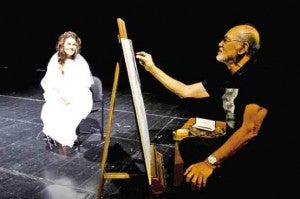 THE ACTRESS fulfills a dream, posing for the national artist.

The project was inspired by the character Sabel, a scavenger that National Artist for Visual Arts Benedicto “BenCab” Cabrera first photographed and sketched in 1965.

Santos said Calzado was his first “and only” choice to play the part. “There’s something about Iza that strikes us as loony, I don’t know why,” he quipped. “When her name was brought up, everyone immediately agreed. I’m just glad she’s available. She’s supposed to be abroad, studying.”

For the musical, Calzado will be outfitted in rags. She recently posed for BenCab for two portraits, one of which will be used for the publicity poster. The Inquirer was invited to the two-hour session.

Though edgy at this point, Calzado has found the right frame of mind for the performance. The only thing that daunts her is having to deliver long lines of poetry in English. Once she gets that down, she said, “I will just be Sabel.” 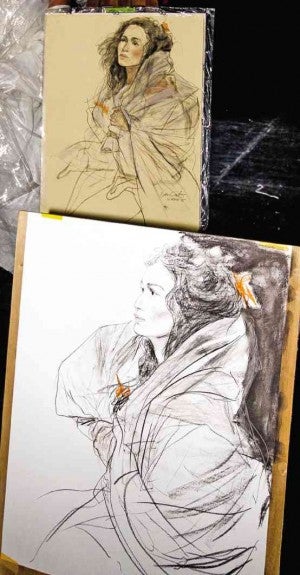 BENCAB created two portraits of Iza as Sabel, one of which will be used for the publicity poster.

She related, “The images of Sabel that I saw in the BenCab Museum in Baguio moved me in a way I still can’t describe. Maybe because she’s an icon, or maybe because I’m vain, I asked only for one thing when the role was offered to me: to be painted by BenCab as Sabel.”

Santos described the play as “experimental.” She explained, “There’s only one character, Sabel. She tells her story while the Philippine Ballet Theater (PBT) interprets it. It is set to music by Louie Ocampo and sung by local stage actors.”

She herself will not be singing, Calzado clarified. “I will dance—at least I’m sure of movement—though not at the level of PBT.”

Santos noted that BenCab’s work inspired the idea of incorporating dance. “There’s so much movement in his paintings.”

He’s hoping for an “international crowd” in the audience “because it’s a very Filipino story.” The story is set in a “really dynamic” period in the country’s history: “The Spaniards have left and the Americans have just taken over.”

Incidentally, BenCab marks his 50th year as a visual artist this year. “I’m [mounting] a retrospective in eight museums around the country. The musical opens my yearlong celebration,” he told the Inquirer.

The Lopez Museum will showcase his book art; the Cultural Center of the Philippines, his graphics; and the Ayala Museum, his portraits.