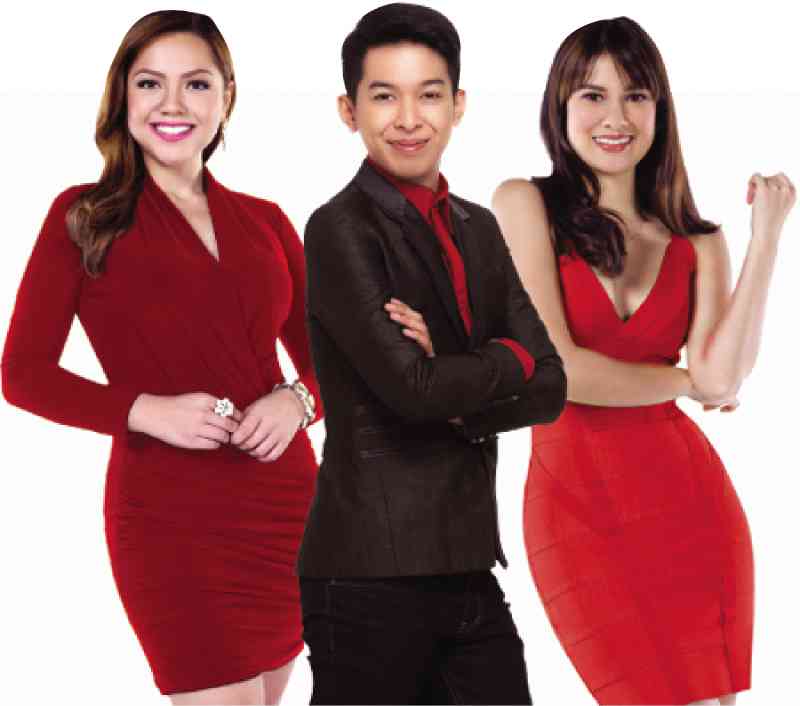 ABS-CBN axed “The Buzz” (presumably, it will soon be relaunched, reformatted) and GMA 7’s “Startalk” was cut short. Is this the end of show biz chismis shows?

Marfori noted that, in the advent of social media, times have become tougher for television talk shows.

Instead of granting tell-all interviews on TV, celebrities would rather go straight to their fans, posting moments of joys and sorrows on Twitter, Facebook and Instagram.

There is no more need for “gate keepers,” which chat shows once were. But, Marfori said, “Instead of regarding the Internet as competition, we will harness it.”

Apart from setting up Twitter, Facebook and Instagram accounts, the new show’s producers are considering a Viber chat room for viewers, said Marfori. In the pipeline is a plan to post episodes online, King said, “so people can binge-watch if they want.”

King confessed that she has started following fellow celebrities on Instagram. “I have to spy on them,” she quipped, only half-jokingly. “I read up on the latest chismis online, too.”

Marfori surfs the Net in the wee hours. “Stars usually post messages after midnight,” she explained.

It is no accident, either, that the hosts are all under 30. (King is 29; Mendoza, 27; and Marfori, 26.) “It is our generation that is most active in social media,” King volunteered.

King habitually watches US entertainment shows like “E! News,” “TMZ” and “Fashion Police” on her laptop, but is of the opinion that these programs’ hard-hitting, take-no-prisoners approach may not work in the Philippines. “Filipinos are much too sensitive,” she said. (Translation: onion-skinned, or pikon.)

That’s King being her “diplomatic” self, she admitted. “It is a matter of being mindful. I don’t want to offend other people. I will treat each story with utmost respect.”

Case in point: A recent episode tackled an issue involving GMA 7 talent Rhian Ramos. King made it a point to give the subject a heads-up. “Rhian is my friend,” said King.

Their close ties with show biz denizens need not be a liability, Mendoza asserted. “That is our edge. Since we are friends with celebrities, we can call or text them to get their sides on current issues,” he explained. “We can easily and quickly get first-hand information.”

Push comes to shove, when friendships are threatened by intrigues, Mendoza quipped, “A scoop is a scoop.”

King declared, “Show biz news will never die. It will always be relevant.”

They intend to snoop and scoop, to conquer.

Read Next
Cheer Factor: Happy birthdays!
EDITORS' PICK
The Best Tech Gifts For The 2022 Holidays
Is it safe to talk politics again at family gatherings? ‘The Reconciliation Dinner’ shows us what that’s like
EDITORIAL: To a bike-friendly future
House energy committee chair Arroyo bats for cheap electricity
vivo’s coming to town to grant wishes with more holiday promos
Pagasa: Warm, sunny Sunday in most parts of PH
MOST READ
LOOK: Vhong Navarro transferred to BJMP detention facility in Taguig
The Elephant Man in the Senate
Posh village as ‘shabu’ haven
LOOK: Zanjoe Marudo bonds with Ria Atayde, her family
Don't miss out on the latest news and information.