The Script arrives in Manila for concert 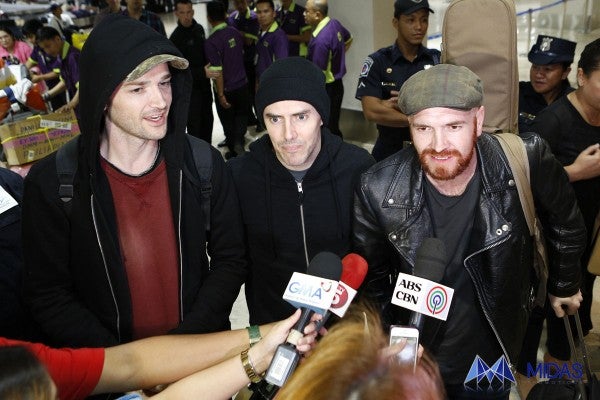 MANILA, Philippines—Irish pop rock band The Script arrived in Manila on Thursday for its one-night concert at the Mall of Asia (MOA) Arena on Friday. The band, composed of guitarist Mark Sheehan, drummer Glen Power, and lead vocalist Danny O’Donoghue, arrived at the Terminal 1 of Ninoy Aquino International Airport (NAIA) on April 16, 2015 at around 11:20 PM via Asiana Airlines which flew in from Seoul, Korea. This is the group’s third trip to the country.

The Script is famous for its hit songs “The Man Who Can’t Be Moved,” “Breakeven,” “Hall of Fame,” and “Six Degrees of Separation.” Its latest single is “Man on Wire,” which was taken from the band’s fourth album “No Sound Without Silence.” 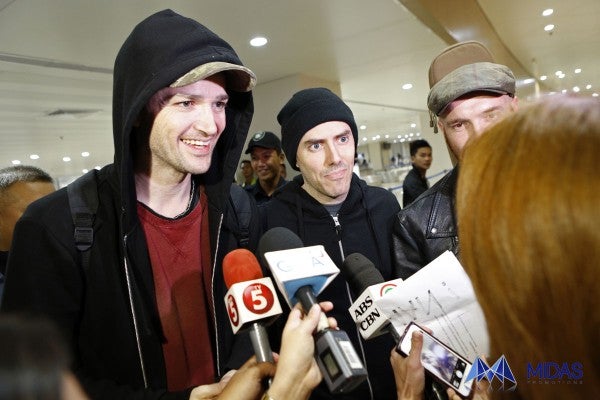 The Script’s one-night show on April 17, 2015 at the MOA Arena entitled “The Script: Live in Manila” is presented by Midas Promotions and media partner INQUIRER.net.