My husband admitted he once had an affair—Vilma Santos 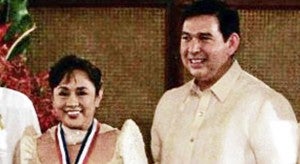 Batangas Governor Vilma Santos-Recto revealed on Monday her husband, Senator Ralph Recto, once had an affair with another woman.

Santos-Recto, in an interview on Winnie Monsod’s “Bawal ang Pasaway” aired Monday night on GMA News TV, said the senator admitted to her about his infidelity.

Santos-Recto said they had an agreement that if such problem ensued, Senator Recto should just admit about his pecadillo rather than her discovering it from other people.

Santos-Recto said she has forgiven her husband, who she revealed was crying when he said sorry to her.

“O, sige. Next time, be careful. I told him,” said Santos-Recto. She said she told him being married to a show-biz personality like her, people would easily recognize if he’s dating another woman and the news would easily spread and reach her. “I’d know it at once,” she said.

When asked about the possibility of her husband siring an illegitimate child, Santos-Recto said there could be none.

“Siguro naman kung mayroon, lumabas na iyon, ‘di ba? (I think if there’s one, he or she should have come out in the open already, right?)” Santos-Recto told Monsod.

Santos-Recto also recounted Recto was only 21 years old when they met.

They have only one child, Ryan Christian Recto.

Vilma has no plans for 2016, might retire from politics—Sen. Recto