Catching up with ‘Game of Thrones’ as Season 5 begins 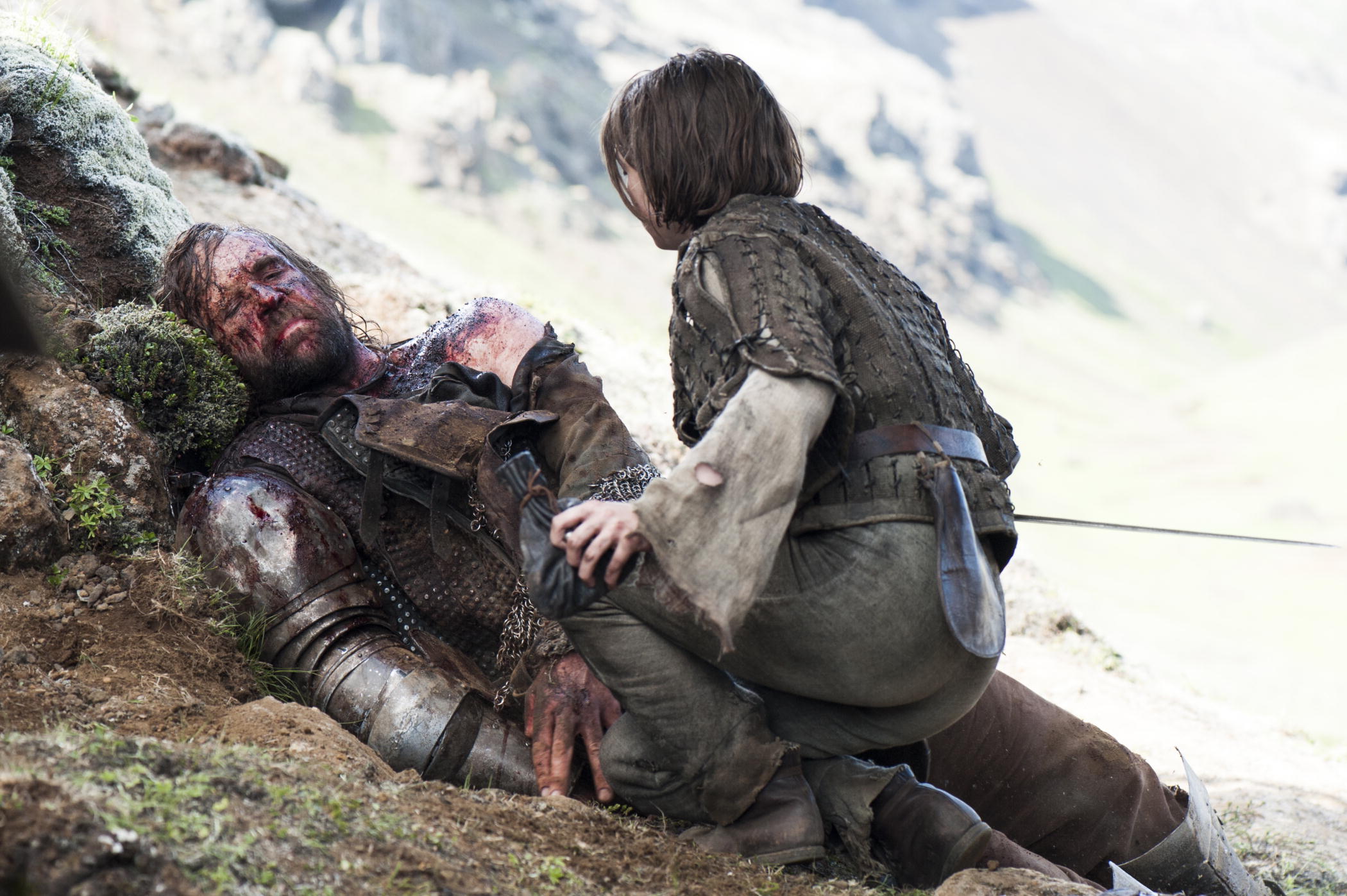 In this image released by HBO, an injured Sandor Clegane, better known as The Hound, portrayed by Rory McCann, left, and Arya Stark, portrayed by Maisie Williams, appear in a scene from season four of “Game of Thrones.” The season five premiere airs on Sunday. AP

Battling warriors and wrangling dragons on “Game of Thrones” is easy. Weathering the bitter cold north of The Wall is a snap.

What’s difficult is keeping track of all the storylines and remembering how things were left hanging when last season ended all those months ago.

With the return of “Thrones” for its fifth season on Sunday at 9 p.m. EDT on HBO, here’s a reminder of what some of the characters were up to, way back then. And if you’re not caught up, spoiler alert:

— Jon Snow was attempting to broker peace with the wildling army of Mance Rayder, self-styled King-Beyond-the-Wall, when Mance’s camp was attacked by troops led by One-True-King Stannis Baratheon.

— Mance Rayder was taken prisoner by Stannis, who ordered him to kneel in surrender, something Mance, a stubborn sort, refused to do.

— Stannis Baratheon left the strong impression, yet again, that he’s not the forgiving type.

— Tyrion Lannister, often dismissed for his diminutive stature but tough as nails, let loose a couple of fatal bolts from his crossbow at his father, Lord Tywin Lannister, who had it coming. After this execution, Tyrion was whisked away by Varys, a eunuch, and the two set sail for freedom. 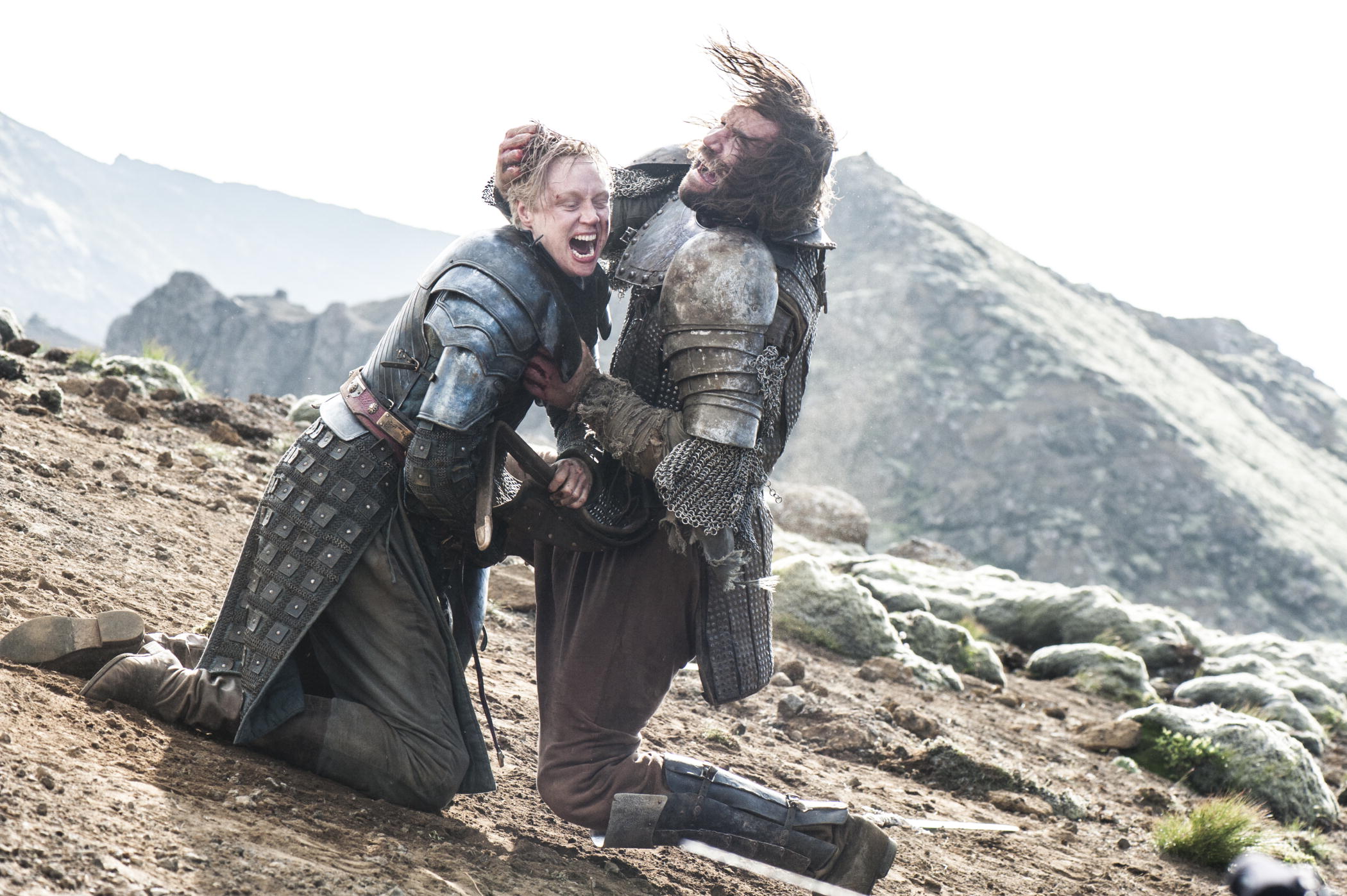 In this image released by HBO, Brienne of Tarth, portrayed by Gwendoline Christie, left, battles with Sandor “The Hound” Clegane, portrayed by Rory McCann, in a scene from season four of “Game of Thrones.” The season five premiere airs on Sunday. AP

— Brienne of Tarth, a towering woman and would-be knight, was determined to fulfill her pledge to save the headstrong girl Arya Stark from the grip of thuggish Sandor Clegane, as she nearly killed him in a brawl. But Arya refused to join her and vanished from sight.

— Arya Stark, hardened by her hard young life on the run, took vengeance on her captor, Sandor, by refusing to put him out of his misery with her sword as he lay gravely wounded after his rumble with Brienne. She left him dying in agony as she took off solo for the city of Braavos.

— Sandor Clegane — aka The Hound — was last seen begging in vain for Arya to “Kill me!”

— Queen Daenerys Targaryen realized to her dismay that she could no longer restrain her beloved pet dragons from creating havoc. She led the smaller two into the catacombs beneath the city, then, weeping, locked then in chains and left them there. But Drogon, the largest and most aggressive, went missing after skewering a child with his fiery breath, begging the question: How do you round up a dragon that’s on the loose?