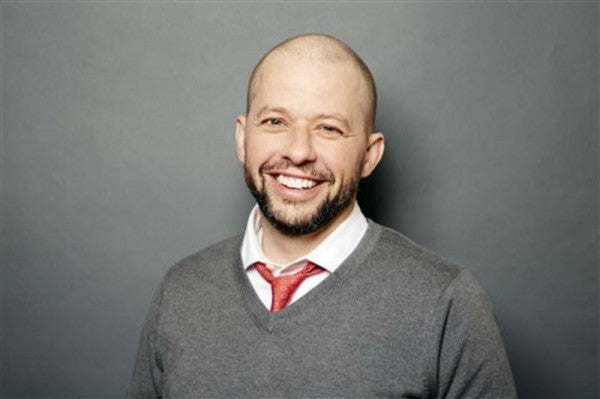 In this Monday, April 6, 2015 photo, American actor, director and film producer Jon Cryer poses for a portrait in promotion of his new memoir “So That Happened,” in New York. AP

NEW YORK — Fans of “Pretty in Pink” may be surprised to learn that Jon Cryer’s character, Ducky, was supposed to get the girl.

The ending of the 1986 film, directed by John Hughes, was reshot with Ducky giving Andie (Molly Ringwald) his blessing to ditch him at the prom for Blaine (Andrew McCarthy), Cryer writes in his new book, “So That Happened: a Memoir” (New American Library).

He also writes about his personal life and his career ups and downs, and gives his account of “Two and a Half Men” co-star Charlie Sheen’s wild exit from the CBS series. (Ashton Kutcher joined the show after Sheen’s firing.)

Cryer said Sheen knew he was writing a book that included him and he was “fine with it.”

“I even asked him if I could print a bunch of his texts and he agreed. His only request was that I correct his grammar,” Cryer, 49, said with a laugh in a recent interview.

Associated Press: You write that you didn’t bond with Ringwald and McCarthy while filming “Pretty and Pink.” Where you worried about their reaction?

Cryer: I did reread that portion of the book recently because a couple people had mentioned it and said, ‘Oh, it sounds like they were mean to you.’ They weren’t. They’re just different people. They’re very reserved and keep to themselves. And I’m not that way at all. And I think I was pretty abrasive. I was 19 so I was this (points to self) without the maturity. That might’ve been a lot for them to handle, so I never quite felt that we gelled.

AP: What was your intention when writing about Charlie Sheen?

Cryer: Everybody who’s had somebody in their life who has gone through an addiction goes through this process. First you see the little things that should’ve been tip-offs, but you didn’t want to judge and you didn’t want to, and then it gets gradually worse and worse until there’s an incident that is just undeniable that it’s an issue and then you see the roller coaster of them trying to either pull their life out of it and getting worse and deeper. It’s an awful process, but in our case it just happened on this world stage and so was in that respect really different and I felt like writing about that was something of value that I could bring to a book.

AP: At the end of the book you thank Ashton Kutcher for teaching you about fearlessness. What did you mean by that? 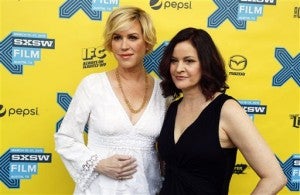 Cryer: Because when he first started the show it was the highest profile cast replacement that I’d ever seen. You know the meltdown had been this whirlwind of international proportions and then to step into that willingly (laughs), you know, and he came in without just the slightest hesitation. He was ready to work. He was happy to do it. He didn’t care about his image. He just wanted to make a funny show and he was willing to go wherever the writers wanted to take him and I just thought wow, to come into this with that great an attitude was just remarkable.

AP: What did you learn about yourself from the process of writing this book?

Cryer: I sort of realized, ‘Well, there must’ve been something I loved about the craziness of show business when I was young that made me attracted to it despite my obvious defects. (Laughs and points to his face.) So, there must’ve been something that made me say, ‘Yeah, it’s crazy, but I want to do it anyway.’ And so when I looked back on it that way I started thinking, ‘Well, I guess my life is just things getting crazier and crazier as my career went on’ culminating with the craziness that went on backstage at ‘Two and a Half Men.’