‘Revenge of the Nerds’ star pays fine for car crash 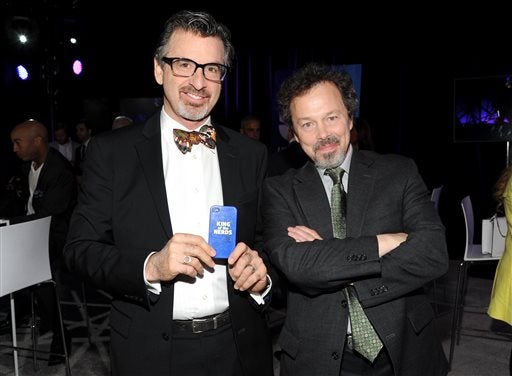 In this May 15, 2013 file photo, “King of the Nerds” co-hosts Robert Carradine, left, and Curtis Armstrong attend the TNT and TBS 2013 Upfront at the Hammerstein Ballroom, in New York. AP

CORTEZ, Colorado — Authorities say “Revenge of the Nerds” star Robert Carradine has paid a fine for careless driving stemming from a car crash in Colorado that left him injured.

Sgt. Rob Madden, a spokesman for the Colorado State Patrol, tells The Cortez Journal (http://goo.gl/QcI8yl) that the 61-year-old actor mailed in a $169.50 payment after he was ticketed for crashing into a tractor-trailer on a highway March 5.

Investigators say Carradine drifted into the oncoming lane, hitting the truck. The hood was ripped from his car and its windshield smashed in.

Carradine and his wife, Edith, who live in Santa Barbara, California, were both hurt, but their injuries were not life-threatening. The truck driver was not injured.

Carradine played fraternity president Lewis Skolnick in the 1984 film “Revenge of the Nerds.” 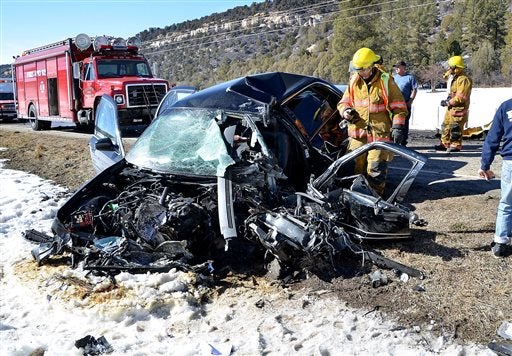 In this March 5, 2015 photo, Dolores Fire Protection District firefighters work at the scene of an accident near Dolores, Colorado. AP