Will the real Jolina Magdangal please stand up? 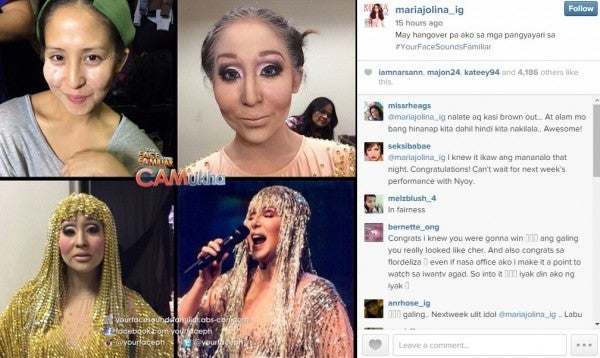 Actress Jolina Magdangal could not help but revel in her triumph after topping ABS-CBN’s “Your Face Sounds Familiar” last Sunday.

Jolina earned 26 points while outshining seven other contenders in the celebrity singing and impersonation tilt.

Compared to her bland performances during the first two weeks of the show, Jolina’s riveting impersonation of American icon Cher wowed both the judges and the audience.

Jolina admitted how she found it difficult to transform her face because of her cheeks, especially when she did Lady Gaga on the first episode.

(When I impersonated Cher, I really wanted to get prosthetics so that I didn’t have to make an effort making them notice my cheeks because I still had to sing like her.)

She shared that it feels really good when you get to be the show’s number one act.

(It’s a different feeling because my fellow contestants were all good and would always make an effort; it’s a nice feeling to top them.)

Aside from winning P100,000, she said she’s grateful to be able to help her chosen charity, the Kythe Foundation Inc, with P50,000.

In tune minus the effects

According to Jolina, having the skills not only in singing but also in mimicry is what a performer needs.

(What we do is not a spoof, but a career-worthy impersonation.)

Gary Valenciano, one of the three judges, tagged her as an extraordinary performer that night as he was very impressed by how Jolina imitated Cher’s voice.

(If you listen to Cher’s original version, her vocal was laced with effects to make it appear that she was always in tune. In Jolina’s case, there were no effects, but she was in tune.)

READ: ‘Your Face Sounds Familiar’–win some, lose some

Jolina revealed she really intended to put an electronic effect to the song “Believe” using only her voice.

(There was a tune there that I yodeled to make it appear like it had an effect. And I also studied her mannerisms, which were mostly by her hand.)

Donning the attire was also a tough challenge for her.

(The costume was really heavy because it was beaded and not just made of tassels like Nyoy’s costume. When I took the headpiece off, my head had a mark of the three beads already. It was really painful. When I impersonated Lady Gaga, I cried because wearing the wig was really painful.)

She admitted doing the show is physically and emotionally taxing for all the celebrity performers, from the rehearsals and the transformation process to actual live performance. 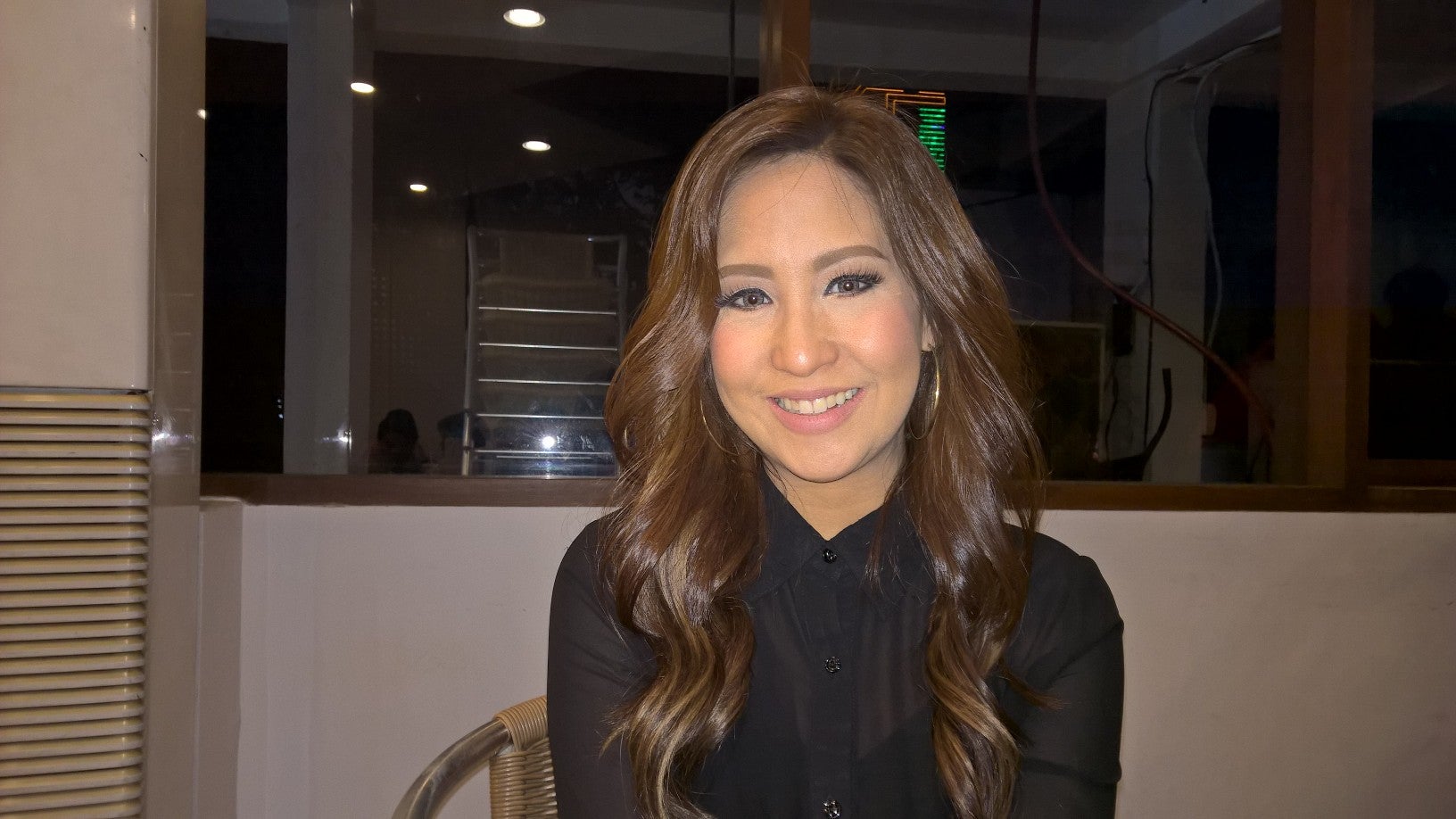 Jolina was never worried that she slipped to lower places in the first two episodes, for she doesn’t regard the show as a real competition.

(From the beginning, we already told each other that we wouldn’t get affected by the pressure because the truth is, we just want to look at this as a variety show where we each have our own sport numbers, so we will just enjoy it and help each other out. Perhaps, we would just leave the scoring to the audience for added spice.)

Despite her uneasiness in the beginning, she was so thankful she was chosen to be a part of the show among the many other excellent artists.

(I was nervous to join the show at first in the sense that I no longer wanted pressure. But when I talked to Perry and the people behind “Your Face…”, I got excited that I told myself, ‘why would I be nervous when this is just like a variety show?’ This is exciting because this is the first time we would make a fool of ourselves. Our only competition is ourselves because we impersonate different icons.)

“Your Face Sounds Familiar” airs on ABS-CBN every Saturday and Sunday.