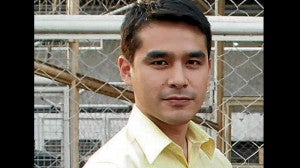 The recent one-two knockout punch of typhoons “Pedring” and “Quiel” gave viewers the opportunity to see some relatively new TV field reporters at work, covering the twin disasters right where the gales, floods and landslides were –while many of their veteran colleagues sat in the comfort and safety of their home studios.

Since some of those pampered veteran “stars” of the TV news scene have gotten soft and indolent, it was bracing to see their younger colleagues working so hard and, sometimes, even risking their lives to do what broadcast journalists are supposed to do – not to come across as fancy fashionistas, but to focus on the breaking news, in the committed, ardent and self-effacing service of the viewing public, whom the unflinching field reporters helped keep informed  and out of harm’s way with their reports.

For instance, it was heartening to see former juvenile news anchor, Atom Araullo, who now usually covers “soft” news events, taking greater risks. And he certainly wasn’t alone – we saw perhaps a dozen other relatively new reporters, both male and female, similarly committing themselves fully to the potentially dangerous task at hand, with little thought of safety.

The fact that they looked “telegenic” on top of doing proficient work indicated that their respective networks are grooming and prepping them up for studio and anchor work in the future. Let’s hope that, after having “graduated” from risky field work, they won’t lose the “nose” and hunger for news, like some of their smug and self-absorbed senior colleagues have.

Indeed, it was occasionally “interesting” to see how rife with potential strife was the on-cam relationship between the arch “oldies” and the hardworking “newbies.” Quite a number of times, even as new reporters were being buffeted by gales, the older news anchors asked “follow-up” questions about “hard” facts and figures that they were expected to answer on the spot. Some of the questions were quite complicated, yet the anchors expected the field reporters to have the answers at the tip of their fingers!

Was this some sort of “initiation” or even “hazing” to “test” their “worthiness” to join the exclusive confraternity of broadcast news? Whatever.

The result was still a negative perception of some veteran anchors as smug and peevish. Sometimes, it got so irritatingly self-serving that we “hoped” a field reporter would retort, “Ah, dearly revered anchor and star of the TV news firmament, why don’t you come here to get the answers to your persnickety questions yourself?” But, of course, that would never do…