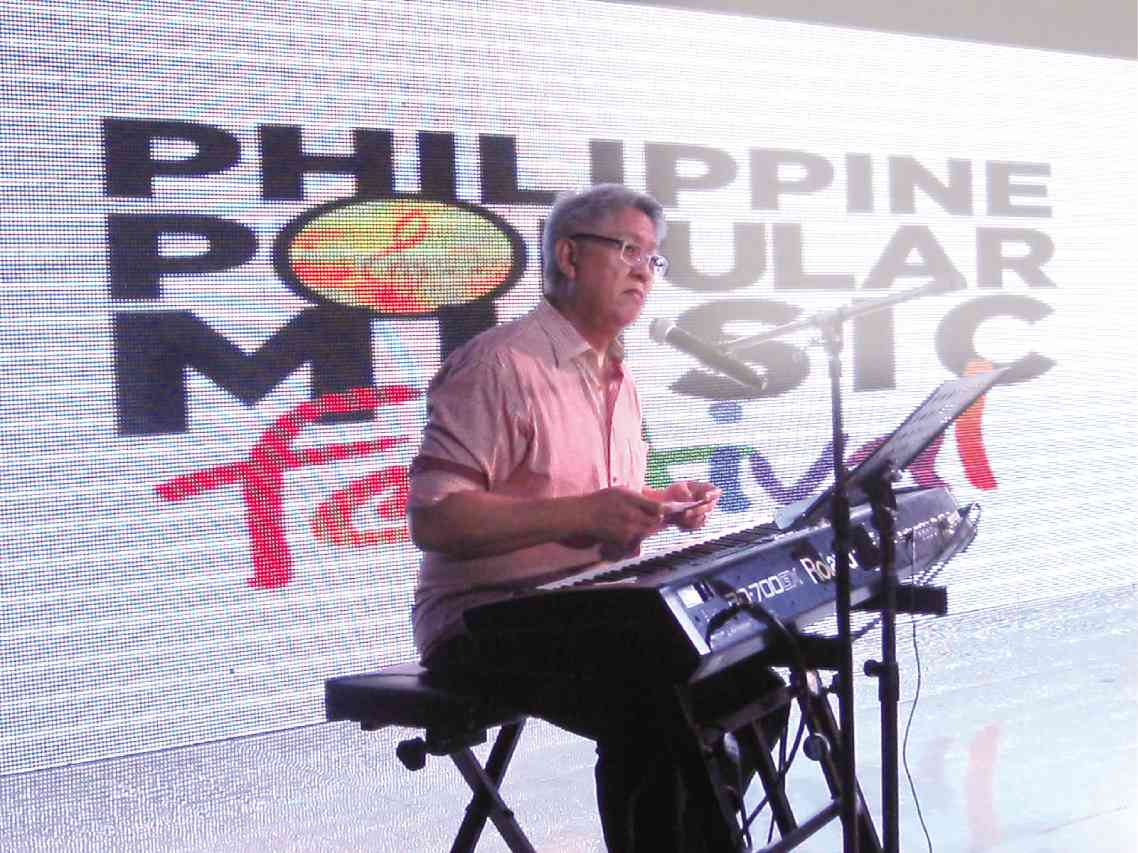 “MR. C” has won more than his share of prestigious and “serious” international honors. FILE PHOTO

IT’S heartening to learn that the Organisasyon ng Pilipinong Mang-aawit (OPM), led by Ogie Alcasid, is launching a campaign to boost the conferment on Ryan Cayabyab of the prized National Artist honor, for music and musical theater.

Since we have been pushing for the same cause for years now, we’re gratified to see that our campaign now has more numerous and persuasive proponents.

OPM and other Ryan boosters may want to know why, despite his many accomplishments and other boosters’ efforts, he is not yet a National Artist, so that their new campaign will bear fuller fruit. Let us count the ways:

First off, his cause’s oppositors tend to be musical purists who believe that the award should be conferred on “serious” or classical musicians. In their rigorous view, Ryan is sometimes too “pop” for comfort, intimating that he isn’t consistently “deep” enough.

That fastidious and overly “pure” inhibition can be readily countered by pointing out that Ryan has won more than his share of prestigious and “serious” international honors.

Besides, what’s wrong with being popular? Doesn’t the mass audience deserve to be entertained and inspired by the accessible works of our best musical artists?

And, speaking of consistency, the purists’ negativism is quite subjective and selective, since some popular musical artists have become National Artists.

Next, some of Ryan’s critics think that he’s too unselectively busy, comparing conducting and performing all sorts of music—commercial jingles included. The best artists “should,” in their view, be judicious and selective, so Ryan’s body of work fails to pass muster in this key regard.

How to counter this more pertinent critique? A detailed review of Ryan’s output indicates that he has more than enough significant works to qualify for the top honor—and that even his light and “pop” music is of a consistently good quality.

Third, and the most subjective issue of all, we have to include the “inggit factor.” Basically some of Ryan’s critics may be envious of his success, and want to pull him down to their less popular and prosperous level.

There’s no way to counter them, so Ryan’s proponents should just acknowledge that they exist—and in fact may be the main reason why his cause hasn’t survived the awards’ lower “peers” level, so it can be voted on by the next level’s combined CCP—NCEA panels that actually select the awardees.

We know this, because we were a part of the CCP panel for around 10 years, and wondered why Ryan’s name didn’t even make it to the vetted list of final nominees we would be noting on.

At one time we even made it a point to ask, “Is there anybody here who can give us a good reason why Cayabyab should not be made National Artist?” Alas, our query was greeted by (embarrassed? outraged? diplomatic?)—silence.

Well, with more proponents like OPM now speaking up, some key questions will have a better chance of being answered.

But, to wrap things up, we advise Ryan’s new backers to not make such a big deal about his contributions as teacher, organizer and mentor.

The National Artist award is for creative artists, who are judged on their artistic output, not on their abilities as tutors, managers and organizers (others have tried to make it on just those secondary tributes). Keep the focus firmly on Ryan’s cumulative musical output and we’ll all do just fine.