‘Insurgent’s’ bark is worse than its bite 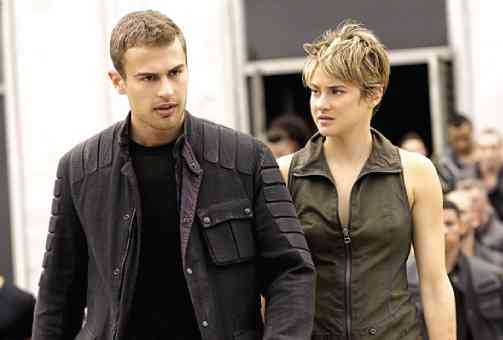 JAMES AND WOODLEY. More to their popular series than its fantasticating sci-fi allure.

Moreover, the film’s bark is worse than its bite—it often trots out action sequences that look exciting but don’t feel so.

After revealing the cracks in the deceptively glossy armor of post-apocalyptic Chicago’s five-faction society, now divided into Abnegation (the selfless), Amity (the peaceful), Candor (the honest), Dauntless (the brave) and Erudite (the intelligent), Tris Prior (Woodley) and Four (James) find themselves being chased by the deadly henchmen of Erudite’s Jeanine Matthews (Kate Winslet), who possesses a mysterious box that can destroy highly evolved Divergents like Tris!

Divergents are deemed dangerous for possessing the “virtues” of all five factions—but, only they have the special ability to open the box! Tris and her brother, the indecisive Caleb (Elgort), Four and the ambiguous Peter (Teller) find allies in Factionless, a group that wants to put an end to the fascistic segregation of people, led by Evelyn Johnson-Eaton (Naomi Watts)—who just happens to be the estranged mother of…OK, for those who haven’t read the book, no spoilers here.

We enjoyed trying to make heads or tails out of “Insurgent’s” thematically engaging and quick-paced predecessor—but, the twists and tweaks here feel more incoherent and redundant, weighed down by the production’s gimmicky narrative and frenetic development.

The entertaining but occasionally clunky production gets by on plucky and persuasively proficient actors working through intimate scenes that remind viewers that there’s more to this popular series than its fantasticating sci-fi allure—and we’re not just talking about Woodley and her photogenic leading men.

As Tris’ world unfurls into dystopian complexity, we see Winslet, Watts and Octavia Spencer (as the nurturing leader of Amity) refusing to come across as merely stellar pawns in a bigger, youth-centric story—with hat-tipping displays of thespic gumption!