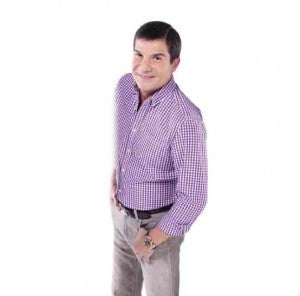 THE ACTOR-HOST says, “We should all take our votes seriously.”

“I have to see her platform first,” said actor-TV host Edu Manzano when asked if he would vote for ex-wife Vilma Santos, now Batangas governor, if she went for higher office.

In 2010, Edu ran for vice president with Gilberto “Gibo” Teodoro as running mate.

“These are very sensitive times. We should all take our votes seriously,” said the cast member of ABS-CBN’s new drama series “Bridges of Love.”

“There’s too much at stake for the candidates, especially those who spend a lot on the campaign. She had better be ready,” Edu added. “I would also have to consider whom she’s running with. Anyone who aspires for a national position should have started campaigning years ago. I don’t know exactly what her plans are, but I wish her luck.”

Has Luis discussed with you plans to marry Angel Locsin?

Not really. My son is of age; he can do anything he wants. I guess he and Angel see that they are both in a very good place, professionally. Kids today are more mindful of their future.

How do you feel about Luis going into politics?

I’ve never opposed that. I just remind him that holding a public office is a huge sacrifice. When I joined government, I stopped doing movies and TV shows. Now I’m free to do as I please.

Would you say yes to a project with Luis and Vilma?

The only problem I can see is billing. I know I will be first; they will have to duke it out for second billing (laughs). Seriously, the story has to be something so remarkable that it would be hard for us to turn down the project. Luis and I often discuss a concept for a comedy film.

How about hosting another season of “Pilipinas Game KNB?”

I’d have to consult my orthopedic surgeon about that. I’m not sure my knees can still handle all that dancing. “Papaya” had its time. Maybe it’s time to move on.

You’re Sen. Bong Revilla’s good friend. Do you know how he is coping with his son’s hospitalization?

It wouldn’t be right for me, even as a friend, to meddle. We all should allow their whole family to have privacy. I visited Bong before this latest incident—I don’t know how he is now. (Cavite Vice Gov. Jolo Revilla underwent surgery at the Asian Hospital for a gunshot wound).

This latest chapter in Bong’s life is very sad. Personally, I admit I have a lot of shortcomings as a father, but I always try my best. I’m sure my friend is suffering a lot. I’m sure he wants to be with Jolo as the boy recovers. But I’m also sure that, at the end of the day, things will be all right.