Nora Aunor on Aquino: He should not have been elected President | Inquirer Entertainment
Close
menu
search

Nora Aunor on Aquino: He should not have been elected President 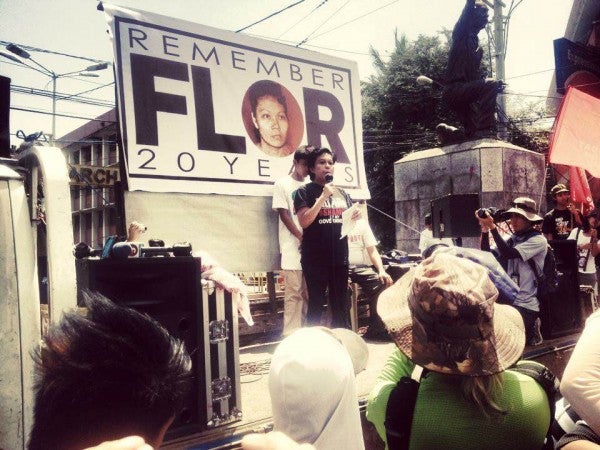 MANILA, Philippines—”He should not have been elected President.”

This was what actress Nora Aunor said on Tuesday when she urged President Benigno Aquino III to resign following “blunders” committed under his administration such as the Mamasapano debacle which killed at least 65 people.

“What is important for me is to recognize that he made blatant mistakes in his decisions that’s why I would really like for him to step down,” Aunor said.

“I think this government is more repressive than others. Because he (Aquino) is not doing anything. I think he does not know what is happening. He should not have been elected President,” the veteran actress said.

Aunor joined the protest march commemorating the 20th death anniversary of domestic helper Flor Contemplacion who was hanged in Singapore in 1995 for murder.

She wore a black shirt saying “Proud to be Filipino, ashamed of my government.”

She said that her call for Aquino’s resignation came from the heart.

“I am not afraid. Whenever I talk, it always comes from the heart,” Aunor said.

“I am urging the people who believe that the President is not doing anything beneficial for the country to go out and urge him to resign,” she said.

Aquino did not pick Aunor as a National Artist in 2014 due to an alleged drug issue in the past.