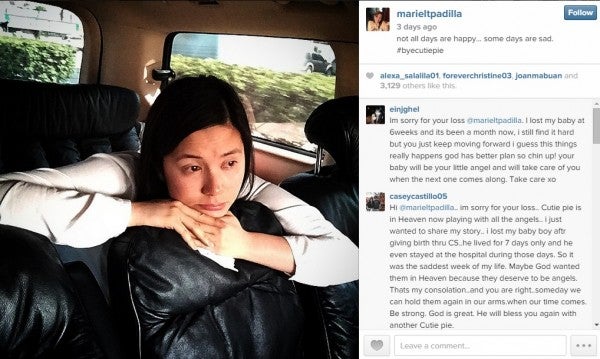 This was confirmed to the Inquirer by Betchay Vidanes, manager of Robin Padilla, Rodriguez’ actor-husband.

Prior to the confirmation, Rodriguez on Sunday and Monday shared some cryptic posts on her official Instagram page with the hashtag “#byecutiepie,” prompting netizens to speculate that she has lost her baby.

“Having a sad day doesn’t mean [it’s] the end of the world. sh*t really does happen but today I felt so much love from my family and concerned friends. i am grateful because I am not alone during this turbulent phase in my life I have my sister, my stepdaughters, my friends and my husband. One day the sun will shine again. #byecutiepie,” she said in one of the posts. 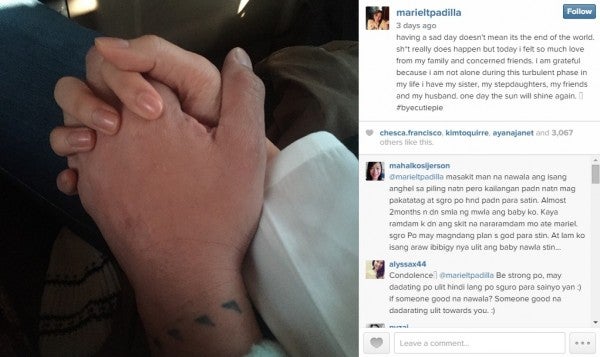 A report by Philippine Entertainment Portal (PEP.ph) quoted Rodriguez’ posts on her Facebook account detailing how she found out that she and Padilla were going to be parents until the day they discovered that she had suffered a miscarriage.

“Unfortunately no heartbeat… Baby did not develop… not even equivalent to 6 weeks. Baby did not grow. Most painful day of my life,” PEP.ph quoted Rodriguez as saying.

The report also cited why Rodriguez, who said she was set to give birth on Oct. 19, 2015, called her baby “cutie pie.”

“And since I didn’t know the sex of my baby, I decided to give the nickname ‘Cutie Pie’,” Rodriguez said.

Meanwhile, messages of support from celebrities and supporters poured in for Rodriguez and Padilla.

In the PEP.ph report, Rodriguez personally thanked actress Claudine Barretto for sympathizing with her.

Rodriguez also posted a photo of flowers, which according to her were for baby cutie pie from her sisters. 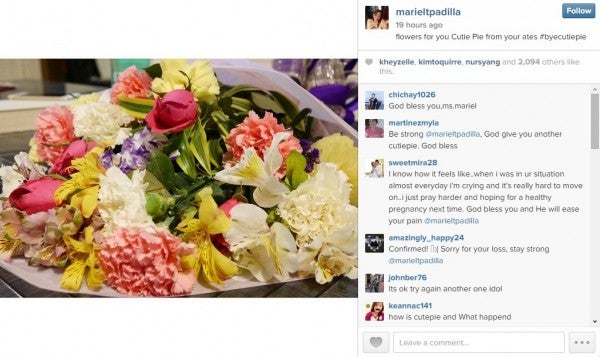 Rodriguez and Padilla have been married for five years already.