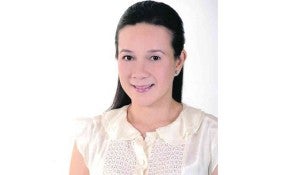 The Movie and Television Review and Classification Board (MTRCB) has revised its classification ratings for television shows—“designed to empower parents to exercise caution and vigilance with the viewing habits of their children,” said MTRCB chair Grace Poe-Llamanzares.

In a media briefing on Tuesday at the MTRCB office, Llamanzares said the Board decided on the revisions “after a series of public consultations and information campaigns with the different stakeholders in the TV industry.” The new classification ratings will take effect this month, she added.

“The actual implementation of ‘SPG,’ however, is deferred until further notice from the Board and after a successful information campaign on the significance of the already existing classification ratings,” Llamanzares noted.

Llamanzares also discussed other important features of the memo:

There is now a 10-second full-screen written and verbal advisory of the program’s classification rating immediately before the opening credits;

A “standard” pictogram advisory is superimposed on screen all throughout the airing of the show;

The pictogram advisory is color-coded: Green for “G,” blue for “PG” and red for “SPG.”

“Viewers complain and say they’re disappointed to see on TV women wearing skimpy clothes or programs with very sensitive themes,” said Llamanzares. But people need to understand classification ratings, she pointed out. “A show with a ‘PG’ classification means parents are encouraged to talk to their children about these things.”

Shows rated “SPG” may contain love scenes or language with sexual content. These are aired from 9 p.m. onwards.

The MTRCB chair said the revisions took a long time to complete. “We consulted with representatives from TV networks in April. We told them about our plans and asked them to submit their position papers … Then we tried to incorporate their suggestions as much as possible.”

She said dialogues were also conducted with the cause-oriented Anak TV Inc., the industry association Kapisanan ng mga Brodkaster ng Pilipinas (KBP), and Children’s TV of the Department of Education (DepEd), as well as teachers and lawyers.

Infomercials, with the theme “Para sa Matalinong Manonood,” will be aired on all TV networks starting this month. The project is produced by board members Milo Sogueco and Manet Dayrit. It is directed by Veronica Velasco, with Vic Acedillo as creative director.

“We hope to educate parents with the infomercials. We want them to be knowledgeable enough to be able to guide their children,” Llamanzares said.

The media briefing coincided with the MTRCB’s 26th anniversary. Llamanzares also reported the Board’s achievements as of March this year.

The MTRCB recently announced its plan to give special rates to producers of independent films to encourage them to come up with more projects. A 70 percent discount on review fees is granted to a film that meets the prerequisites. The qualified material is also given preferential review schedule and publicity support by the Board.

Llamanzares also talked about the Board’s cooperation with the Film Development Council (FDCP) and the Cultural Center of the Philippines (CCP) for faster processing of permits for films shown in festivals in the country. She also reported on the memorandum of agreement that the Board signed with the Land Transportation Franchising and Regulatory Board (LTFRB) and the Optical Media Board (OMB) to ensure that no films with sensitive content are shown in public vehicles.

The MTRCB website has been improved, with up-to-date announcements and downloadable forms. This also allows the Board to be more accessible to its deputies via e-mail, Llamanzares added.

She likewise talked about the intensified presence of local regulatory councils (LRC) in all regions of the country, and the continuous dialogue with cable operators on the program advisories.

She wants the advisories translated in different Filipino dialects.