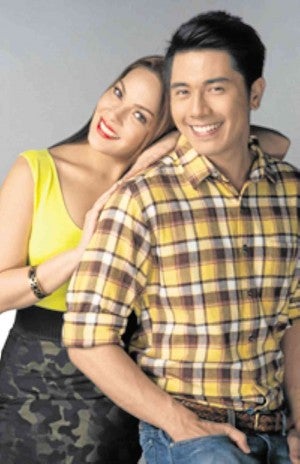 MANILA, Philippines—Actor Paulo Avelino on Sunday admitted that he had a relationship with actress KC Concepcion.

When grilled on showbiz talk show The Buzz, Avelino said “yes” when asked by host Boy Abunda whether he and Concepcion had a relationship.

Avelino looked to be reluctant at first but finally spilled his guts.

Before his confession, Avelino had never confirmed the real score between him and Concepcion, telling his fans that they were just “close friends.”

There had been many speculations surrounding the current status of their relationship, with Avelino denying the break-up rumor during the presscon of “Bridges of Love,” the actor’s new television series on ABS-CBN.