Just a few questions about ‘The Voice’ results | Inquirer Entertainment

Just a few questions about ‘The Voice’ results 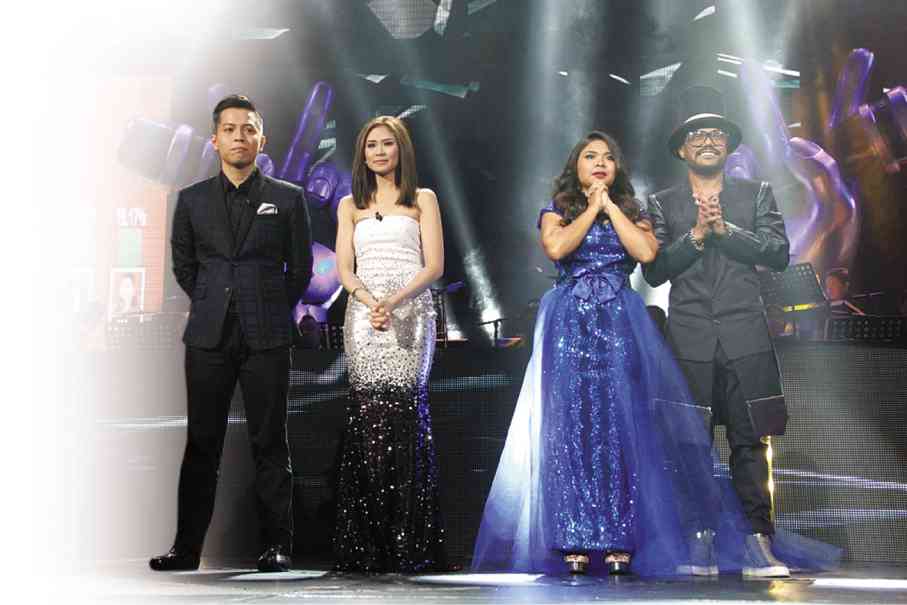 MANILA, Philippines—Last Sunday’s “The Voice of the Philippines” finals turned out to be a fight to the finish between Sarah Geronimo’s bet Jason Dy and apl.de.ap’s Alisah Bonaobra, with Jason edging Alisah out, 52-48 in the viewing voters’ final estimation.

Let’s hope that Jason will end up as a true-blue singing star within the year, unlike last season’s champ, Mitoy Yonting, who has yet to really make it as a bankable musical sensation.

As we watched the tilt’s final Saturday and Sunday shows, these thoughts came to mind: Now that viewer-voters have completely taken over the final selection process, some decisive strengths and weaknesses have emerged.

For instance, as last Saturday’s tabulation of total votes indicated, a finalist had a commanding lead over the other three, with something like 40 percent of the votes to their 20 or so. Who was this lucky, well-backed contender, and why did he or she command such a supportive following?

One theory: The favored finalist was a masa “representative,” and was thus supported by the potentially huge, empathetic mass voters which also worked in Lyca Garainod’s favor when she won the “The Voice Kids” tilt last year. Could that adult masa rep be vendor Alisah or farmer Rence?

Another theory: The favored finalist scored a commanding lead because he or she was mentored by a star whose huge following could be relied on to support her preferred bet—someone like Sarah Geronimo. So, we bet, Jason was benefiting from the “shared support” of her “Popsters.”

Going by those theories, therefore, our viewing group’s educated guess was that Jason and Alisah would emerge as the tilt’s Top 2 by Sunday night. We were right (take a bow, team).

What wasn’t clear, however, was which theory held sway to account for the initial 40-20 percent disparity. What do you think?

The Sunday-night square off between Jason and Alisah didn’t settle that issue, either, since its final victory for Jason, 52-48, was much tighter than 40-20. In other words, the initial advantage had been whittled down quite drastically, probably due to Alisah’s clearly superior final birit-feat, which made Jason look and sound phlegmatic in comparison.

If the production doesn’t bare who initially got the commanding lead of 40, we won’t “officially” know how it was cut down to a cliffhanger 52-48, and by whom. Again what do you think?

If it’s established that the 40 referred to the masa vote (as in Lyca’s winning case), it will motivate other “deprived” talents to join future editions of the adult competition because they would have a built-in-advantage.

On the other hand, if it’s officially revealed in due time that it was the “Sarah factor” at work in Jason’s favor, that will add a lot to Sarah’s cachet and clout—and make her the mentor of choice for most other aspirants, the next time around!