MANILA, Philippines—British singer-songwriter Ed Sheeran has arrived in Manila on Wednesday afternoon for a one-night only sold-out concert. 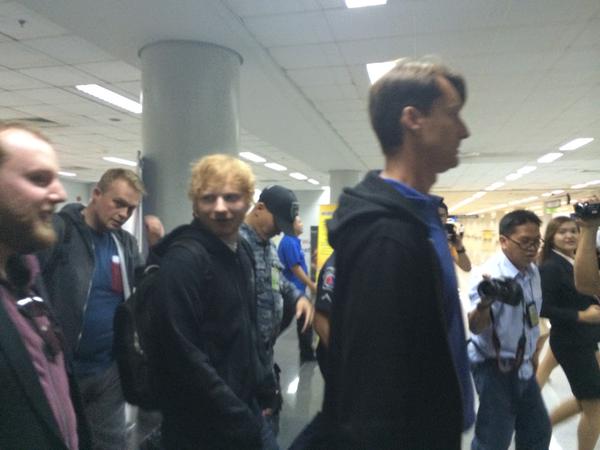 British singer Ed Sheeran arrives at Naia 3 for a one-night concert on March 12 at Mall of Asia Arena. JEANNETTE ANDRADE/PDI

The “Thinking Out Loud” singer arrived at Ninoy Aquino International Airport (Naia) Terminal 3 at around 5 p.m where he was mobbed by fans.

His concert will be held on Thursday, March 12, at Mall of Asia Arena in Pasay City.

It is the first time for the singer to perform in the country.

Before he arrived in Manila, Sheeran has performed in Mumbai, Doha, Dubai, Shanghai, Seoul and Hong Kong.

The “All of the Stars” singer is the most-streamed artist in 2014 on Spotify. AJH