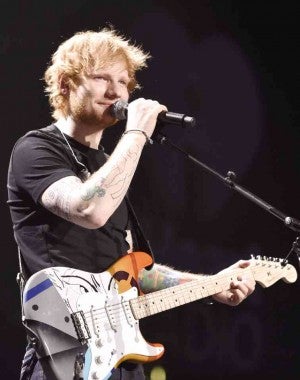 After The 1975 and The Vamps’ concerts last January, Music Management International’s (MMI Live) “British Invasion”—a series of shows in Manila featuring some of the most popular acts and boy groups from the United Kingdom today—continues this month with Ed Sheeran and One Direction.

Sheeran, winner of the best male solo artist and album trophies in this year’s Brit Awards, takes the stage March 12 at the SM Mall of Asia Arena. The gig is part of his ongoing world tour “X (Multiply)”—also the title of his best-selling second album—which kicked off last year.

Fans can expect the 24-year-old singer-songwriter to perform his biggest hit to date, “Thinking Out Loud,” which fans worldwide have been enjoying on all music platforms.

Other tunes to look forward to are “Sing,” a collaboration with Pharell Williams, and more tracks from his first album “+ (Plus),” like “The A Team” and “Lego House.”

His brand of easy-listening, folk-inflected work has steadily attracted listeners since he dropped his first single in 2011. From opening concerts for Snow Patrol and Taylor Swift, Sheeran went on to headline his own sold-out shows, including this one in Manila.

On March 21 and 22, One Direction performs at the SM Mall of Asia Concert Grounds for the Philippine leg of their “On the Road Again Tour.” Luckily for local “Directioners”—or the band’s teenage girl fans—tickets to the March 22 concert are still available.

Tickets went on sale as early as May last year, with thousands camping overnight outside the Arena to make sure they got their hands on the coveted VIP tickets. Needless to say, those ran out quickly—in two hours to be exact—which left many in tears, literally.

Promoters MMI Live and Ovation Productions had to work posthaste to secure a second show date. Every Directioner just has to see the boys (Niall Horan, Zayn Malik, Liam Payne, 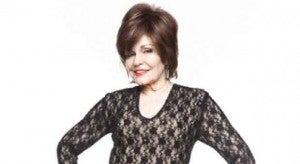 Harry Styles and Louis Tomlinson) in the flesh and hear them sing their hits “What Makes You Beautiful,” “Story of My Life” and “Little Things” live.

The shop attracted thousands of fans, including celebrities like Dimples Romana, Pia Magalona and Ruffa Gutierrez, who brought her two young daughters, Lorin and Venice.

More than a boy band, One Direction has become a brand. Recently, Villa del Conte launched limited-edition One Direction chocolate bars, whose packaging prominently features photos of One Direction members. The treats are expected to be made available during the two-night concert.

Capping off the “British Invasion” is Sam Smith, who recently won four Grammy awards, including best new male artist. The blue-eyed soul singer performs on May 10 also at the SM Mall of Asia Arena, part of his “In the Lonely Hour” tour, launched in support of his debut album of the same name. 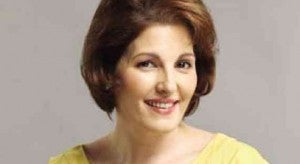 Radio and TV icon Eddie Ilarde will be joined by fellow broadcast personalities in “Senior Citizens Extravaganza,” to be held at the Skydome, SM City North Edsa, tomorrow, March 10, 3-7 p.m.