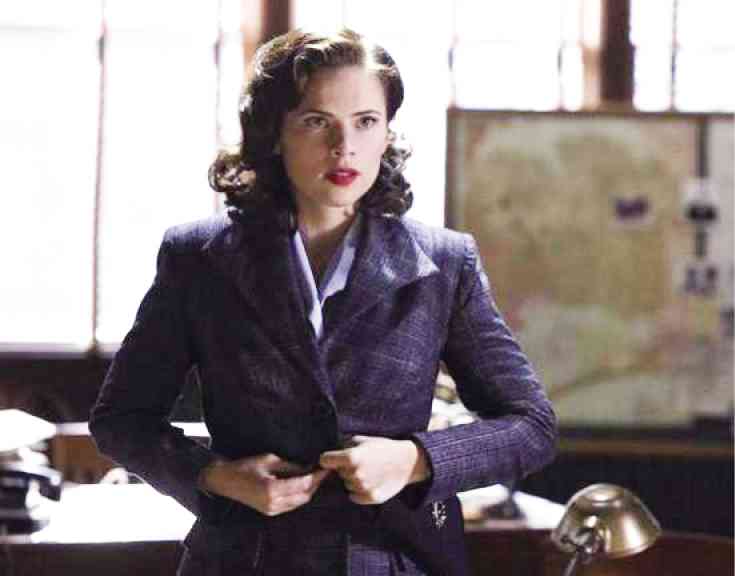 HAYLEY Atwell as Agent Carter: Marvel scores another win with this one.

Quite the oddity, given the flashier, more male-dominated superheroic field, a major new series set after World War II focuses on a heroine that doesn’t traipse around in tights or ever-edgy leather.

Marvel’s cinematic mythology further expands with this second TV spinoff, the scifi-action series “Agent Carter” (Wednesdays, 8 p.m., Fox), following the successful “Agents of SHIELD.” English operative Peggy Carter, the protagonist, first appeared in the 2011 “Captain America” film, a character that figured prominently in the masked hero’s wartime adventures. Their budding relationship was cut short, however, since Captain America was believed killed in a mission. (Neither knew he would resurface decades later.)

Agent Carter, played by Hayley Atwell, is introduced as an agent of the New York-based Strategic Scientific Reserve post-war, underestimated by coworkers who mostly treat her like their secretary. She is actually more experienced in espionage and in tracking down dastardly figures than most of her colleagues—she previously appeared in “SHIELD” flashbacks, where she was depicted as a leader who actively pursued war criminals.

Now seemingly directionless after her war adventures, the agent is soon contacted by the elusive Howard Stark (Dominic Cooper), weapons inventor and future father of industrialist genius Tony/Iron Man. The elder Stark secretly enlists Agent Carter’s aid to clear him of perceived crimes. He provides her the services of his butler Jarvis (James D’Arcy), who often drives the surveillance/getaway vehicle.

The show is primarily a welcome breather from the barrage of Marvel’s showier superhero movies, while still offering a valuable connection to many of them. Visually, it’s a particularly necessary antidote, as the contemporarily set films are in danger of looking alike, in terms of design and color scheme. They exist in the same universe, sure, but a little variety can be beneficial, aesthetics-wise.

“Agent Carter” provides that fresh alternative with its close recreation of the bygone era’s intricacies, from the 1940s costumes to the elaborate sets; there’s a mixture of glamour and grit that makes it inimitably moody and textured.

Its resourceful heroine’s adventures are tied to bigger, encompassing arcs, just like “SHIELD,” while evoking woman-power themes of old shows “Alias” and “Buffy,” and to some extent, the semicampy live-action ’70s show “Wonder Woman.”

As the intrepid Agent Carter, Atwell is commendable; she shifts accents convincingly and banters snappily with D’Arcy. She lends the seemingly vulnerable character femininity and toughness, convincing in rough-and-tumble scenes as in quieter, more introspective ones.

And the character is an interesting trailblazer, who fights sexism as audaciously as she confronts vile, bloodthirsty antagonists. Marvel scores another win with this one. 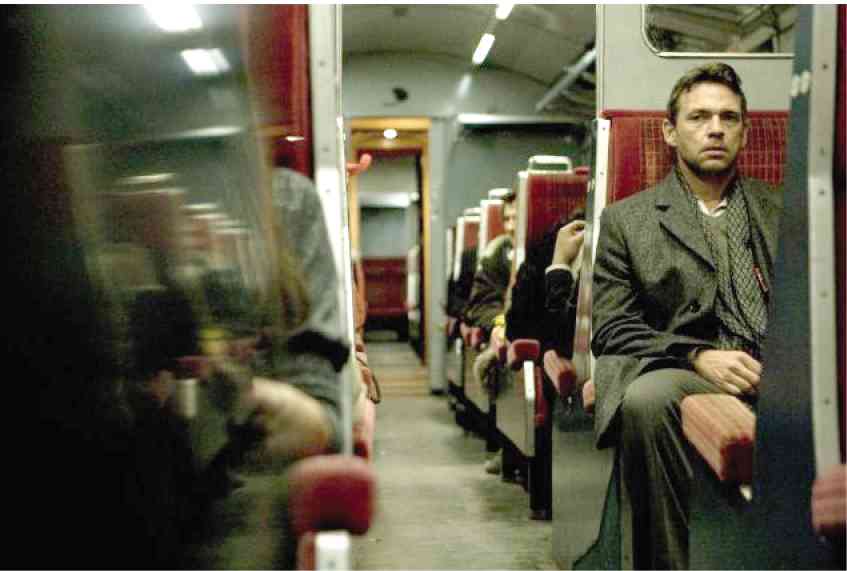 Overworked single dad Lewis believes life is finally looking up for him on the last train home from London one night, just before it is hijacked. This indie thriller, directed by Omid Nooshin, stars Dougray Scott, Kara Tointon and Lindsay Duncan. It premieres March 13, 10 p.m., on Cinemax.