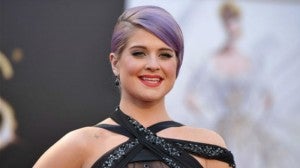 E! Entertainment said Friday that Osbourne is leaving to pursue other opportunities.

Osbourne’s publicist did not immediately respond to a request for comment.

On Monday’s post-Oscar edition of “Fashion Police,” Rancic said that actress-singer Zendaya’s hair suggested the smell of patchouli oil or marijuana. Rancic came under fire from Zendaya and Osbourne, among others, and apologized the next day on “E! News.”

Osbourne tweeted Tuesday that she doesn’t condone racism and was reconsidering being part of “Fashion Police.”

E! said the series will air next as scheduled on March 30. No decision has been made on Osbourne’s replacement, the channel said.

IN PHOTOS: High collars and demure gowns on the Oscars red carpet