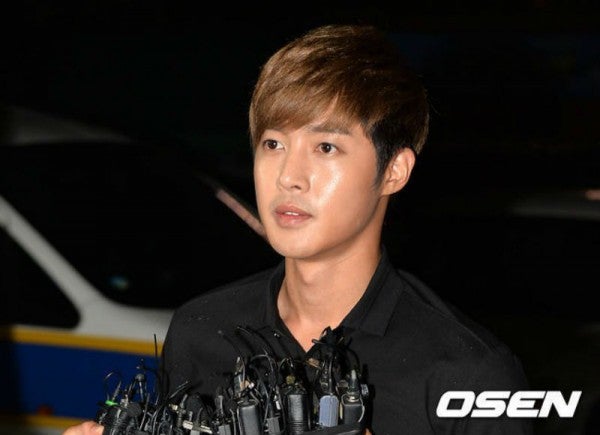 SEOUL–South Korean singer Kim Hyun-joong’s former girlfriend made it clear on Thursday that she does not plan to marry him.

Kim’s ex-girlfriend, surnamed Choi, has neither a plan nor desire to marry the singer although she is pregnant with his baby, her lawyer said.

“But she is determined to give birth and raise the child. Regarding her future plans, it would be the best for the two to meet up and discuss the matter,” her legal representative said in an interview with a local news outlet.

The remark came after the pair gave conflicting explanations about Choi’s pregnancy.

When a local magazine reported about her pregnancy, Kim first said that he could not reach her and verify the allegation.

But he would take responsibility if her pregnancy was found to be true, he said through his label KeyEast.

Shortly afterward, Choi confirmed that she was expecting Kim’s baby and refuted his statement that she was out of contact.

Choi is now into her 11th week of pregnancy.

Both denied the reports that they are considering marriage.

The tit-for-tat brawl has lingered since August 2014 when Choi sued Kim for repeatedly beating her when they were in a relationship.

Kim initially denied the assault accusations, but apologized to Choi a month later. She dropped the charges in return, but the court ordered him to pay a fine of $4,600 in January.