In a message posted on his official Facebook account on Wednesday, the rock musician apologized to his Filipino supporters: “I have been looking forward to coming and playing for my fans, and I’m deeply sorry that my concert had to be canceled.” Kravitz was scheduled to perform at the Globe Circuit Event Grounds in Makati City. 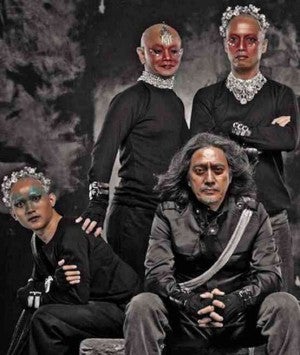 Manila was supposed to be one of the stops in his ongoing world tour “Strut,” which was launched in support of his 10th studio album of the same title.

For information regarding refunds, contact TicketWorld at 8919999 or [email protected] Allan Policarpio

Resorts World Manila, Full House Theater and Viva are collaborating to produce a theater adaptation of “Bituing Walang Ningning,” originally a komiks novel by Nerissa Cabral that was eventually turned into a film starring Sharon Cuneta, Cherie Gil and Christopher de Leon in 1985.

The role calls for females between 16 to 20 years old, with exceptional singing and acting skills, fluency in Filipino, pleasing personality and good character.

The open auditions will be held at The Plaza in Newport Mall tomorrow and on March 1, and is open to both amateur and professional artists. For information, visit www.rwmanila.com or contact 9088833.