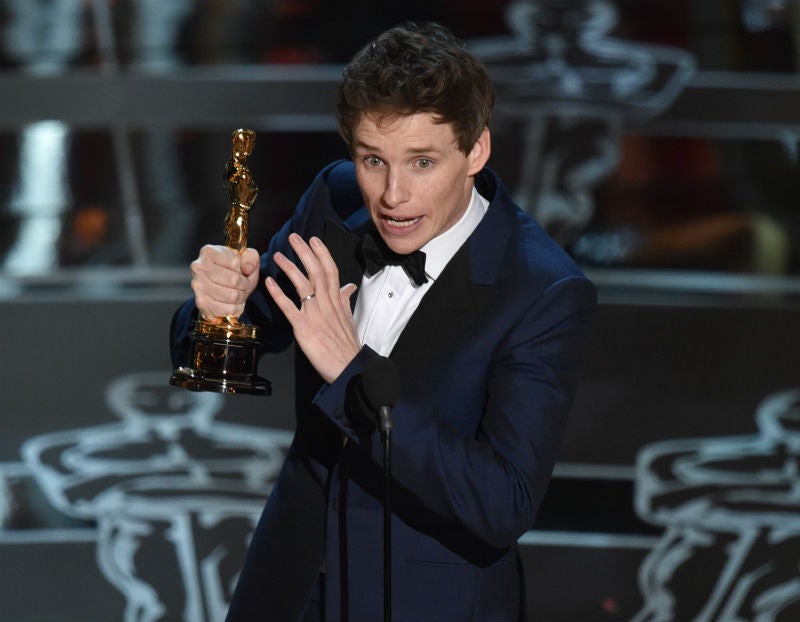 Eddie Redmayne accepts the award for best actor in a leading role for “The Theory of Everything” at the Oscars on Sunday, Feb. 22, 2015, at the Dolby Theatre in Los Angeles. AP

LONDON — Eddie Redmayne — the latest British actor to crack Hollywood — is set to see his profile go cosmic after clinching the Oscar for his poignant and physically challenging portrayal of astrophysicist Stephen Hawking.

Having already won a BAFTA and Golden Globe for playing the disabled British scientist in “The Theory of Everything”, the 33-year-old actor completed the trio on Oscar night.

“This belongs to all of those people around the world battling ALS,” a visibly humbled Redmayne said, referring to amyotrophic lateral sclerosis, from which Hawking suffers.

“It belongs — it belongs to one exceptional family — Stephen, Jane, Jonathan and the Hawking children.”

Redmayne built his reputation on the stage, television and as a supporting actor in several major films, but his first leading role as Hawking has elevated him to Hollywood’s A-list.

The film is based on a memoir by Hawking’s wife Jane, played by fellow Oscar nominee Felicity Jones, and recounts their doomed love story.

The couple started dating in the 1960s at Cambridge University — before Hawking was diagnosed at the age of 21 with ALS.

The film charts their relationship as his health declined and fame grew, until their marriage fell apart in the early 1990s.

Redmayne could have been left waiting for his first leading role had it not been for a beer-fueled evening with director James Marsh.

Despite having someone else in mind for the role, Marsh was convinced by Redmayne during a pub chat without the need for an audition.

He then spent four months visiting people with motor neurone disease at a clinic in London and reading everything he could by Hawking.

The result is a physical transformation that has been compared to Daniel Day-Lewis’s Oscar-winning performance in “My Left Foot.”

Hawking has reportedly said there were moments watching the film when he thought he was watching himself, and was so impressed he allowed the director to use his trademark computerized voice.

Redmayne admitted he was “terrified” that Hawking might not like it, but that it was an honor to spend time with him — even if the first meeting started badly. 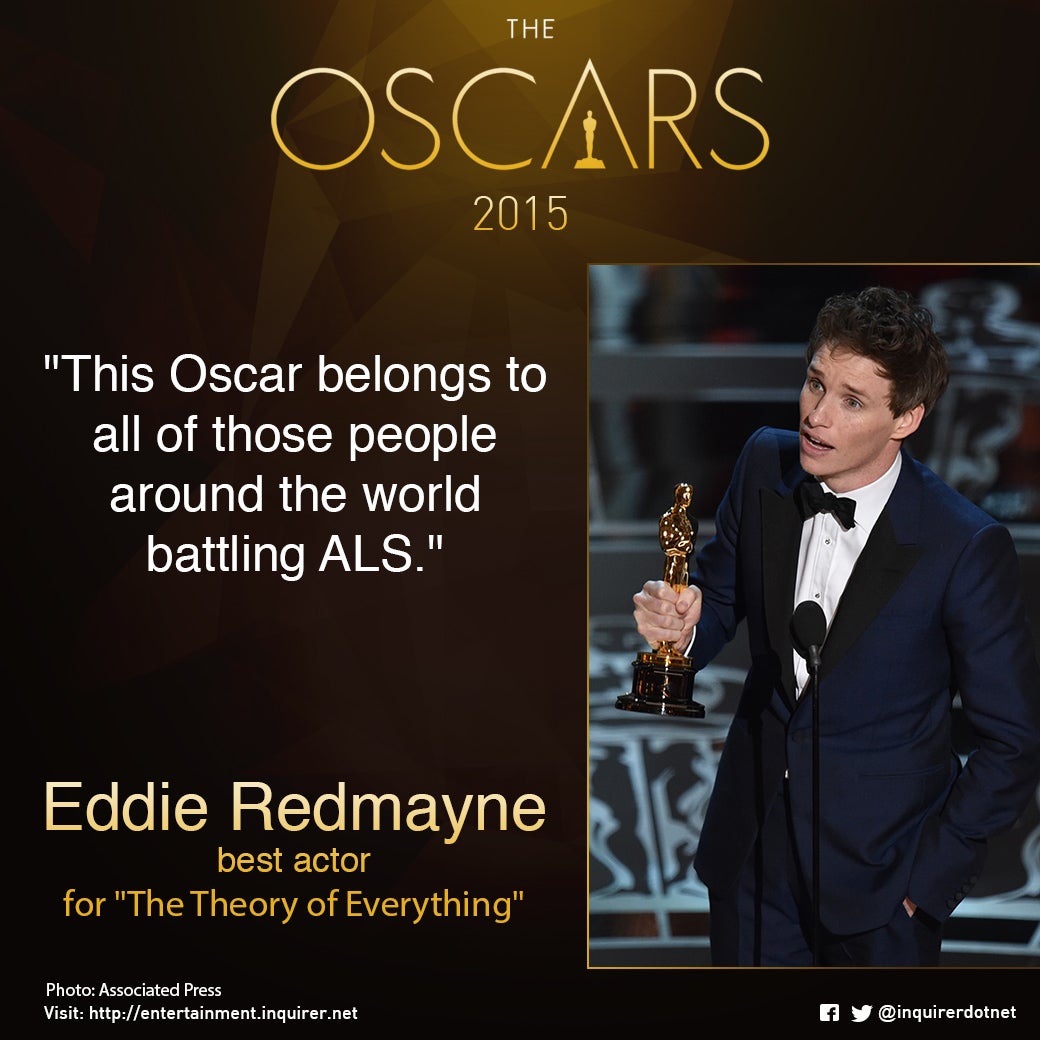 Lost for words, the star-struck actor blurted out that they were both Capricorns, to which Hawking replied: “I’m an astronomer, not an astrologer.”

The son of a London banker with four siblings, Redmayne took acting classes from a young age and was a child extra in the West End production of “Oliver!”

He attended the elite Eton school alongside Prince William and studied art history at Cambridge — the same university where Hawking still works.

Barely a year after graduating, Redmayne had a part in an all-male production of “Twelfth Night” by Shakespeare’s Globe theatre, and by 2004 had won his first theatre award.

A few years later, he picked up both a Laurence Olivier award and a Tony award for his role as artist Mark Rothko’s fictional assistant Ken in the play “Red.”

He has also appeared in a number of hit films including “The Good Shepherd”, “Elizabeth: The Golden Age” and “The Other Boleyn Girl”. He also played Marius in the Oscar-winning 2012 musical “Les Miserables”.

Like Cumberbatch, Redmayne is blessed with chiseled good looks and has modelled for luxury brand Burberry. On Sunday, he wore a midnight blue Alexander McQueen tuxedo with black accents

It was while modelling at a local girl’s school as a schoolboy that Redmayne first met Hannah Bagshawe, whom he ended up marrying last December.

“Redmaynia” may be cranked up even further with the recent release of the sci-fi movie “Jupiter Ascending”, the latest offering by “The Matrix” trilogy’s Andy and Lana Wachowski in which he plays a villain — with six-pack abs.