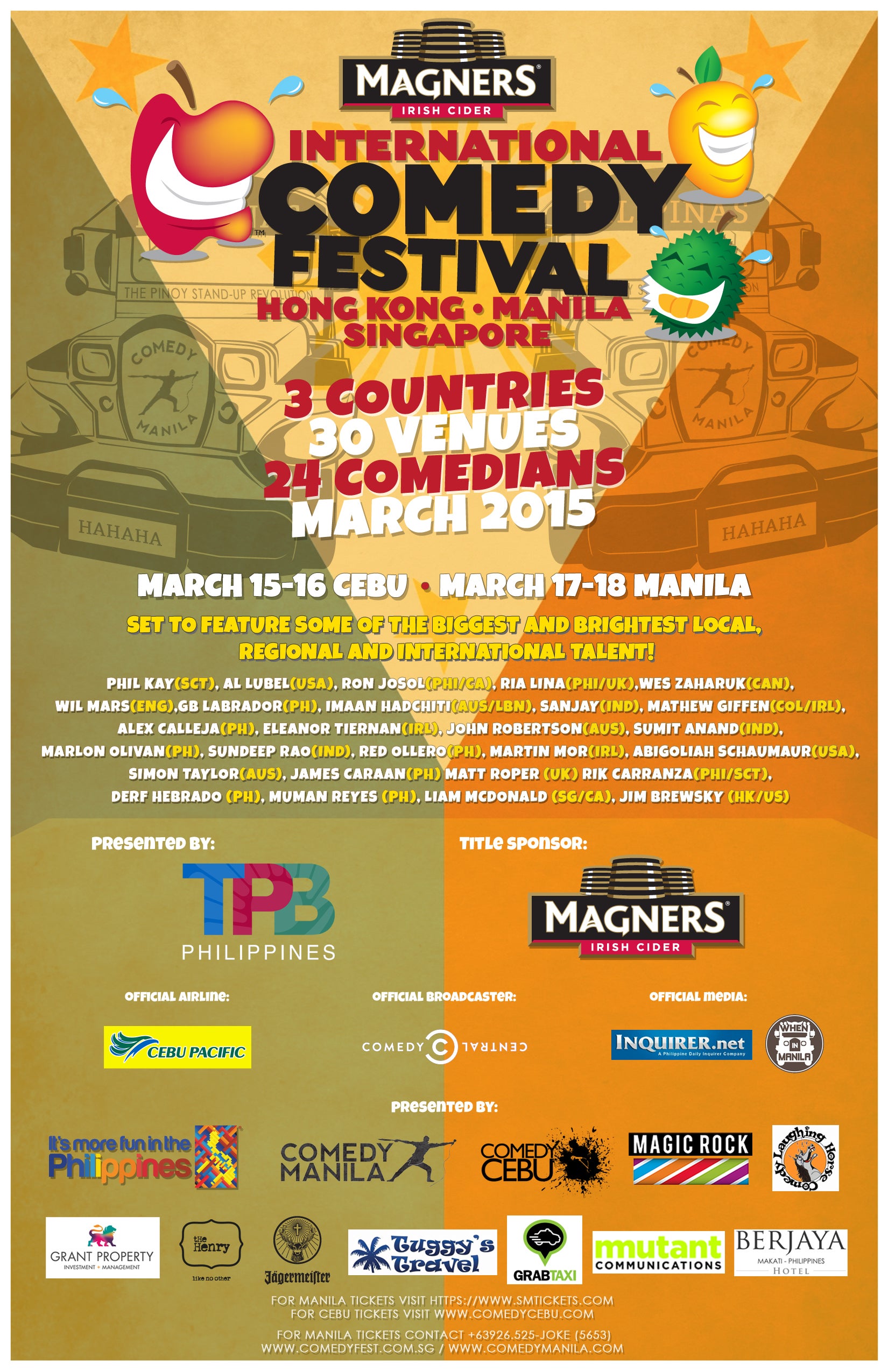 MANILA, Philippines—Filipinos love to laugh. It seems only fitting that a country that loves joking around should have an event celebrating all things funny and hilarious.

This is where the Magners International Comedy Festival comes in. Magners, a popular brand of Irish Cider, has a long history of producing annual comedy festivals in Glasgow, Bristol and Boston. This year, however, they are taking comedy to a truly global stage as they head to Asia to host a series of comedy shows and competitions in Hong Kong, Singapore, and the Philippines, with local host and partner Comedy Manila.

The Philippine leg of the competitions were held earlier this year where Muman Reyes beat out 11 other top local comedians to represent the country in Hong Kong against their local champ, Jim Brewsky and Singapore winner, Liam McDonald.

The winner of this final showdown will represent Asia in the Edinburgh Comedy Festival later this year, but not before all three finalists complete their Asian tour for the actual comedy festival this March. 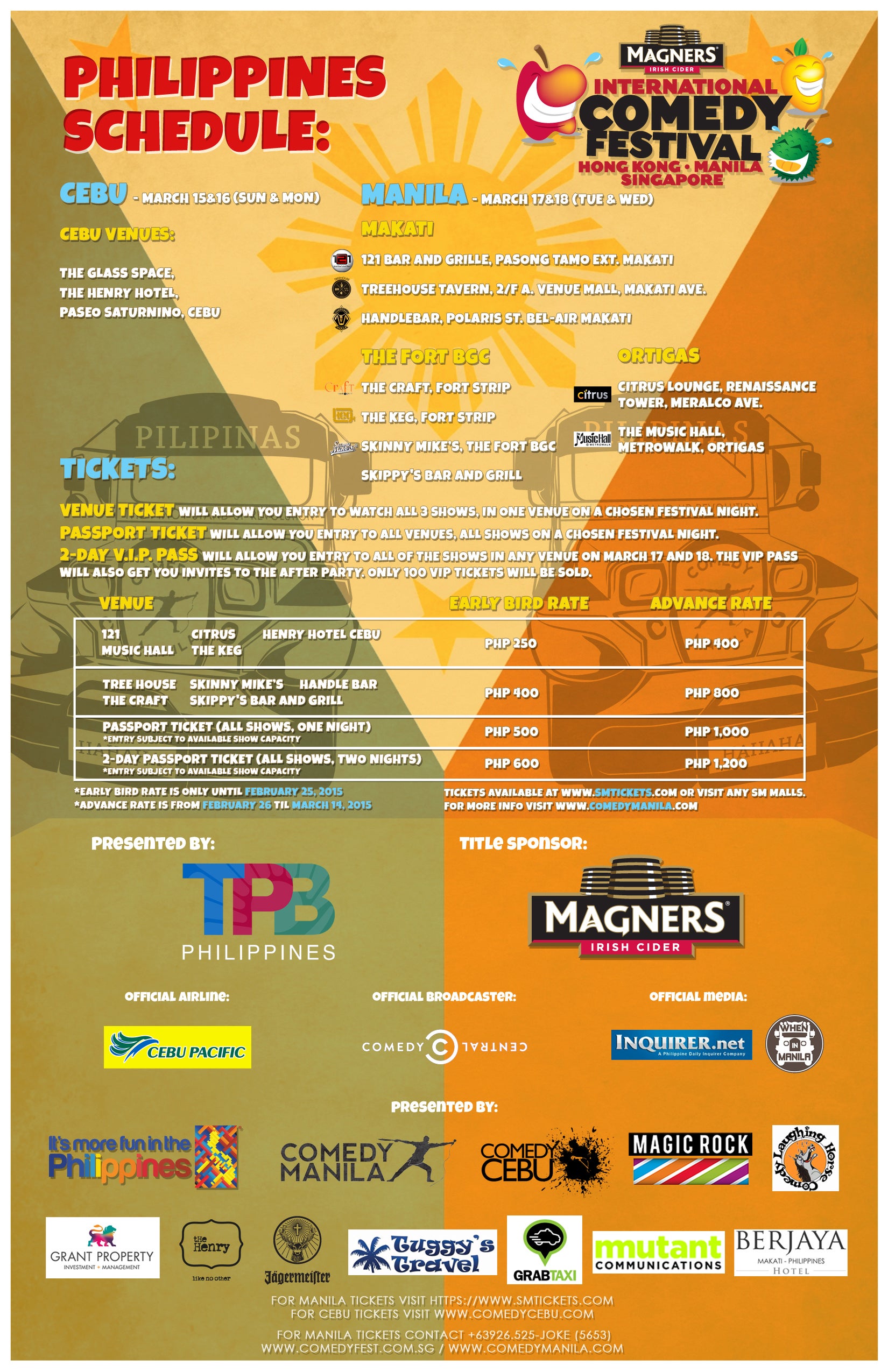 Over two dozen comedians from around the world, including competition winners and Comedy Manila veterans, will be heading to all three host countries to perform their unique brand of standup comedy for the Magners International Comedy Festival.

Hong Kong opens the festival with shows from March 12 to 14. Comedy Cebu kicks off the Philippine shows on March 16 before the festival heads over to Manila from the 17th to the 18th. The Manila leg alone will consist of 48 shows spread across eight venues scattered all over Ortigas, Makati, and the Fort. Every show will feature a unique lineup of comedians to cater to different audiences and tastes. Finally, Singapore will close the festival with shows from March 19th to the 21st.

Few events will take the Tourism Board of the Philippines’ slogan “It’s More Fun in the Philippines” more literally. It is also with their support that Filipinos get to show that it’s funnier here too.

For details on show schedules for the Magners International Comedy Festival, or more information on standup comedy in the Philippines, head on to www.comedymanila.com. ADVT