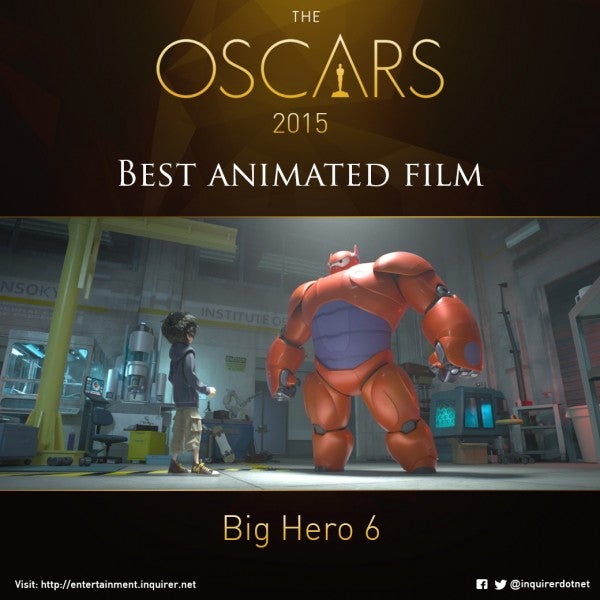 The Disney film — based on a Marvel comic about a team of superheroes — tells the story of a tech nerd named Hiro and a lovable roly-poly robot, Baymax. The 3D animated feature was directed by Don Hall and Chris Williams.

The film won in a category that sparked controversy because of the omission of what many considered a certain nominee: “The Lego Movie.”

Other nominees were “The Boxtrolls”, “How to Train Your Dragon 2”; “Song of the Sea”; and “The Tale of The Princess Kaguya.”

The 87th Academy Awards are airing live on ABC from the Dolby Theatre in Los Angeles, with Neil Patrick Harris as host.