New shows are making their eager-beaver debut on TV this month like there were no tomorrow: TV5 has fielded “Happy Wife, Happy Life,” a magazine show for women cohosted by Danica Sotto-Pingris, LJ Alapag, RR Enriquez and Jeck Maierhofer.

It turns out that all of the hosts are married to basketball stars, and all of the guys were on hand on the show’s first telecast, to kiss their ladies good luck.

For the moment, allow us to observe that the ladies in charge of the show are too similar to each other to avoid looking rather redundant. Let’s hope that they reveal their individual personas and temperaments more clearly and dynamically, as soon as possible!

“Happy Wife, Happy Life” was followed by “Solved na Solved,” a “legal advice” program cohosted by Gelli de Belen, Arnell Ignacio and lawyer Mel Sta. Maria. For starters, they discussed legal problems related to utang (lending and borrowing). A number of touchy situations were analyzed with the help of experts. Bottom line? Their advice was, don’t lend money especially to good friends —unless you’re prepared to kiss your money (and friendships!) a sad farewell. 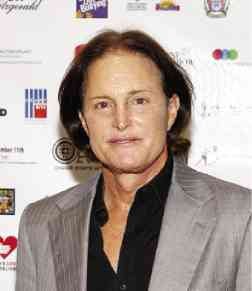 We’re glad that TV5 has launched new morning shows with diverse formats, because it provides the TV audience with more viewing options. Truly, there’s got to be more to a viewer’s life than just teleseryes and over-livid noontime shows! When it comes to televiewing, more is definitely merrier.

In Bruce Jenner’s extended family, the Kardashian women are usually the newsmakers and scandal-provokers. This week, however, they’ve been roundly upstaged by their adoptive dad, sports champion Bruce Jenner, who has stunned everyone with his reported moves—to become a woman!

Photos taken sequentially in the past, few months have shown Jenner going from macho to—much less so. He’s lost weight, grown his hair longer, and his facial features look more—refined?

Fact is, the “transgendering” rumors have been making the show biz rounds for over a year now, boosted by his divorce from his wife.

On the local show biz scene, newsmakers include: Nikki Gil, who’s just announced her engagement to her nonshow biz beau, and YouTube sensation Jam Sebastian, who’s battling the Big “C” and recently shocked his loved ones with his piteous plea for mercy killing.

Teen idols Daniel Padilla and Kathryn Bernardo have a new film, “Crazy, Beautiful You,” showing as a Valentine treat this month. This is a very clever lead-up to their new TV drama series, the remake of “Pangako Sa ‘Yo.”

When the new “Pangako Sa ‘Yo” drama series starts telecasting, “Kathniel” will have to do their best work to make sure that viewers watch them, despite the big-deal distraction being provided by Angelica Panganiban and Jodi Sta. Maria, in the original story’s iconic “combative kontrabida” roles!

Kudos to the ABS-CBN Film Archives for restoring and reissuing some film classics for new audiences, like the Vilma Santos starrers shown at the UP Film Institute.

Vilma’s best starrers are among the 70-plus films that the archives have rescued for future generations of film buffs to savor. Many thanks!

Not so incidentally, the screening of Vilma’s iconic screen vehicles has whetted her fans’ appetite for a new film for her. Not to worry, she has one in the works, costarring no less than her “future daughter-in-law,” Angel Locsin!