Over the weekend, four more artists on “The Voice of the Philippines” were sent home—Suy Galvez (Team Apl), Jason Fernandez (Team Sarah), Miro Valera (Team Lea), and Kai Honasan (Team Bamboo). How they were eliminated involved a more intense process.

Instead of overnight voting (as in the last couple of weeks), both Saturday and Sunday last weekend were performance and results nights. Thus they will be this weekend, too. 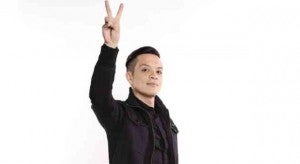 To illustrate, let’s take last Saturday’s show. All of Team Apl’s artists sang first. Then the voting lines were opened and remained open throughout the commercial break that followed (around five minutes). When the show returned, voting was closed. Team Sarah’s members then performed, after which voting was opened again, and again closed after the break.

The results of the public vote were then revealed. At the end of the show (and after a really nice musical number by noncompeting artists), the coaches of the competing teams decided which artists would stay.

I was quite relaxed on Saturday night, but sick again on Sunday. It’s never ever fun to say goodbye to anyone.

It is interesting to see what kind of votes the new format yields. When the results show takes place one night after performances, that’s when power voting shows its strength, because that’s when buyers of multiple SIM cards, whether or not they watched the show, take the time (sometimes, all night) to get votes in for their bets.

When results are revealed only an hour later, we seem to get a more accurate gauge of things, not to mention that the artists get to know what’s what right away. A full 24-hour wait can take its toll.

On every performance day, all the artists get a final sound check on stage wearing their proposed outfits. This is when all departments get a last look at everything—lights, sound, 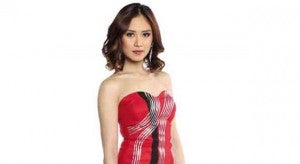 I wasn’t at the Saturday sound check, but attended the one on Sunday. Rita Martinez (Team Bamboo) was getting over a fever, so she kept her shades on during the sound check to avoid discomfort from the bright lights.

Leah Patricio (Team Lea) tried on a gown, but because it looked too similar to Mackie Cao’s (Team Apl), the styling team tried an alternative. Tanya Diaz (Team Bamboo) had on a short fitted black dress at the sound check, but opted for a white outfit with trousers and a halter for the show.

Our musical guest, Anne Curtis, had her rehearsals as well, performing with Bamboo, and the artists of Team Sarah and Team Apl. Everyone was having fun, and I was cracking up whenever Daryl Ong (Team Apl) had to stand next to Anne. He might have been blushing. Then again, who wouldn’t be?

After this Valentine weekend, our teams will be whittled down further in preparation for Semi-Finals. We will have ourselves a Top 8, and the competition within each team will be turned into a head-to-head battle. This is when the term “matira ang matibay” will apply, as it’ll be a battle of stamina, musical strength, and emotionally committed performances.

Stay tuned, everybody. This is going to get really intense.