Jenner drama comes at a pivotal time for transgender rights 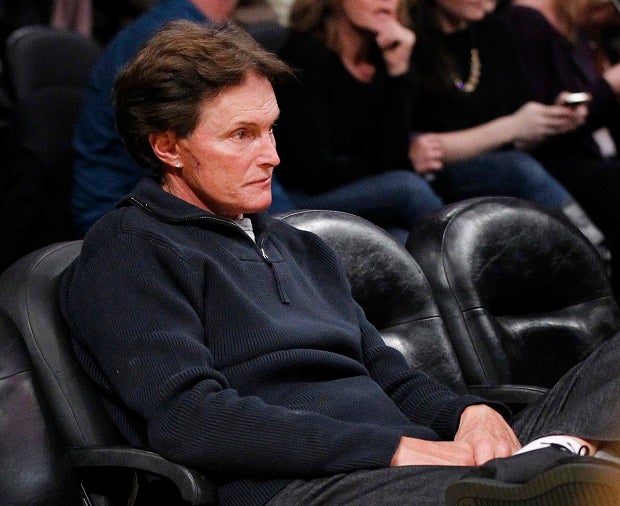 In this Jan. 16, 2012 photo, former Olympic athlete Bruce Jenner, with stitches and a scar on his face, attends an NBA basketball game between the Dallas Mavericks and Los Angeles Lakers in Los Angeles. AP

NEW YORK — Whether or not Olympic legend Bruce Jenner becomes its new champion, the transgender-rights movement is making remarkable strides on many fronts — ranging from mass-media visibility to legal protections. Yet despite the gains, activists say many transgender Americans, far more so than gays and lesbians, remain vulnerable to violence and discrimination.

“We see transgender rights as the next wave of the work we need to do, after marriage equality,” said Katherine Franke, director of Columbia Law School’s Center for Gender and Sexuality Law.

“Getting protections on paper is important,” she said. “But the day-to-day lives of many transgender people won’t be affected — they’re unemployed, they’re experiencing violence in the streets, in shelters, in schools.”

Allyson Robinson, an activist working to end the military’s ban on transgender people serving openly, said gains for transgender rights in some areas have triggered a backlash from some religious conservatives who feel they’ve lost the fight against same-sex marriage.

“Transgender people and their identities and communities are under siege right now on multiple fronts,” she said, citing as an example recent bills proposed in state legislatures that would make it illegal for transgender people to use a bathroom that doesn’t correspond with their biological gender.

The mix of advancement and adversity forms a backdrop to what promises to be an intriguing melodrama over the coming months regarding Jenner, the 1976 decathlon gold medalist and more recently has been a real-life stepfather on the reality series “Keeping Up With The Kardashians.”

Though Jenner has declined public comment, those in his inner circles have not challenged the mounting speculation that he is preparing to live as a woman and perhaps will appear in a new reality series about his transition.

His mother, Esther Jenner, told The Associated Press on Wednesday that she had spoken with her son about the reports.

“He said, ‘I want to be honest about my identity and I know this is coming out in the press,'” Esther Jenner said. “He started by saying, ‘We need to have a long, serious talk.’ I am at peace with what he is and what he’s doing.”

Depending on how Jenner’s story is presented and received, the revelation that a lauded athlete and member of one of the nation’s most visible families is transgender could be comparable to the cultural shifts that accompanied the news that movie star Rock Hudson was gay and died of AIDS-related complications and that basketball great Magic Johnson, a heterosexual, was HIV-positive.

“In the long term, we’d say the disclosures were helpful for the movement to normalize homosexuality and bring better medical attention to AIDS/HIV,” Franke said.

Transgender Americans have many recent breakthroughs to celebrate, including:

—Several positive, high-profile portrayals of transgender people on popular TV shows, including the prison inmate played by Laverne Cox on “Orange is the New Black,” and the transgender woman played by Golden Globe winner Jeffrey Tambor in “Transparent.”

—Moves by at least nine states to ensure that health insurers cover transgender treatment that’s deemed to be medically necessary. The national government has ended a Medicare exclusion of coverage for services related to gender transition.

—Steps by some states to eliminate requirements that transgender people had to undergo surgery before being allowed to change the gender on their birth certificates.

—New York Gov. Andrew Cuomo’s call in his recent state of the state speech for an amendment to the state’s civil rights law to add discrimination protections for transgender New Yorkers. Discrimination based on gender identity is already prohibited in 18 other states.

“For all the legal work we do, it’s really a hearts and minds battle,” he said. “The true test of our humanity is how much compassion and understanding we afford these people.”

“It just comes down to explaining what it means to be transgender — how it’s not a choice,” Levasseur said.

The hurdles include a high rate of homelessness and family rejection among transgender young people, whose rates of suicide and attempted suicide far exceed those of other youth. There’s also a persistent problem of violence, notably attacks targeting black and Latina transgender women.

According to the Human Rights Campaign, a leading national LGBT-rights organization, 13 transgender people were murdered in 2014 and four more so far this year, all but one of them black or Latina.

Part of the challenge for transgender people is that many other Americans don’t know any of them personally. According to demographer Gary Gates of the UCLA School of Law’s Williams Institute, an estimated 3.4 percent of American adults identify as lesbian, gay or bisexual, while only one-tenth that many — about 700,000 — are transgender.

“Not many people know a trans woman or a trans man,” said Dana Beyer, executive director of Gender Rights Maryland and former a candidate for state senate. “I hope Jenner doesn’t add to the weirdness quotient about us with this.”

Allyson Robinson, who is policy director for the LGBT military group SPARTA, said she grew up idolizing Jenner in the 1970s and thinks his possible transition holds both promise for the transgender community and peril for Jenner personally.

“With great visibility comes great responsibility, and along with that comes a tremendous amount of pressure and anxiety,” she said. “Transition is difficult enough frankly for many or most of us without the added pressure of having to represent an entire community of people to the great American public.”