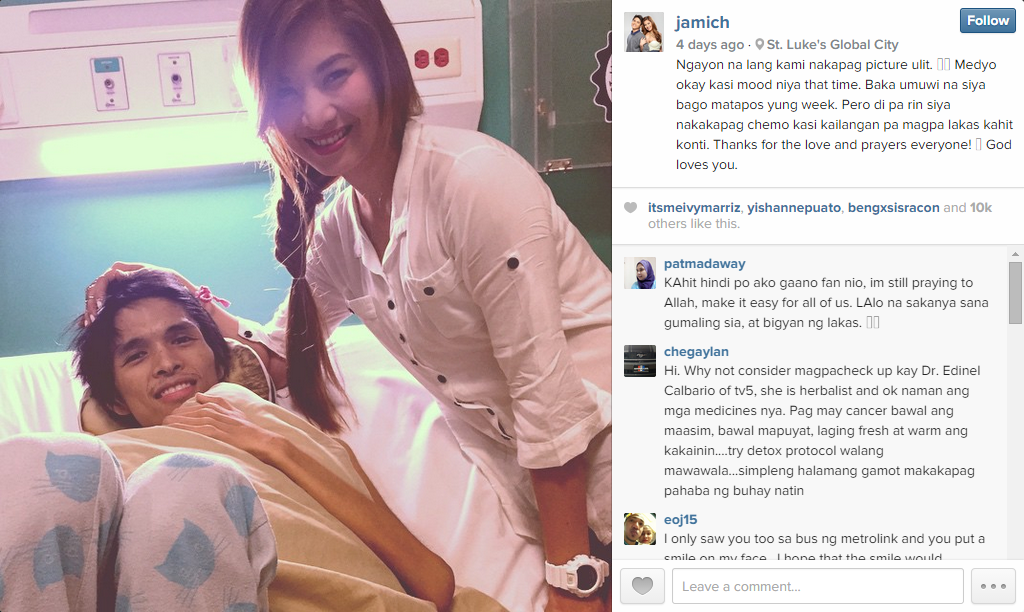 Sebastian has been diagnosed on March 2014 with lung cancer and has since been undergoing chemotherapy treatment.

But recently, Sebastian told his family he wanted to end the fight against cancer due to extreme pain.

In an interview with GMA talk show “Startalk,” Sebatian’s brother Yexel revealed that his younger brother wanted “mercy killing” because he was already having a hard time.

But his mother, Maricar, in the same interview said she would not grant her son’s request even though he would always say “Ma, pagod na pagod na ’ko (I’m so tired).”

“Sabi ko, ‘anak, lahat ng gusto mo, dati hihingiin mo at ibibigay ko. Pero this time, hindi. Hindi ko ’to ibibigay. Hindi tayo susuko’ (I said, ‘son, I used to give you everything you want, all you had to do was ask. But not this time. I won’t give this to you. We’re not giving up’),” his crying mother said.

Paolinne Michelle Liggayu, Sebastian’s girlfriend, thanked their fans “for the love and prayers” in an Instagram post on Jan. 30.

The two have been engaged since May 2014, two months after they found out Sebastian was stricken with cancer.