A ‘refresher course’ on Lenny Kravitz 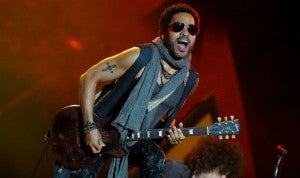 When the news came in that Lenny Kravitz will be coming to the Philippines to perform on Mar. 24, 2015, it definitely got my attention and I could not quite believe it at first. It was because Lenny Kravitz is one of those celebrated artists that I honestly thought would never ever come to our shores to hold a concert.

Come on, who hasn’t heard of Lenny Kravitz? Most of us music aficionados have. He is one of the most enduring artists in the music industry since the time of his debut way back in the early 90s. He has great name recall among the general public.

Remember “Are You Gonna Go My Way?”

As a kid, I remember watching the music video for “Are You Gonna Go My Way” by Lenny Kravitz on MTV. It immediately captivated my imagination and for a while there I honestly thought I was watching a vintage rock video from the 70s from an unknown artist that I had only got to hear of back then.

What was not to love with “Are You Gonna Go My Way?” Especially that intro with the guitar work–it was and still is one of the most memorable openings to any song in modern rock history. Just hearing that sequence for the very first time in 1993, right there and then, it became permanently etched in my memory!

Then some time later when the 1993 MTV Video Music Awards came along, Lenny Kravitz gave the best performance of that night when he impressed the live audience and viewers at home with a special version of “Are You Gonna Go My Way” with famed bassist John Paul Jones from the legendary Led Zeppelin! Wow, was all I could say, as it seemed like Lenny Lenny Kravitz was performing from a different era and his magnetic presence that night radiated the “rock star” aura he had to millions of viewers from around the world. Indeed, he made an immediate and compelling impact and from then on, he became a certified rock star for all of us.

Nostalgic influence is the key

When Lenny Kravitz made his primetime television debut on MTV, he also brought with him this whole nostalgic vibe which accurately represented the musical influences and fashion sense from the late 60s to the early 70s. Everything about him screamed that era and while others thought this was only possible because he was meant to be “packaged” that way by his record label, that common belief was far from the truth and the cynics were so wrong! In reality, Lenny Kravitz was just being himself, staying true to his musical roots, and showing everyone what he can do when given that opportunity to shine.

Of course, many labeled him right away to be a “throwback” to a bygone era in popular music. But in hindsight I would like to believe that, in many ways, Lenny Kravitz became an original in his own right.

Present time. On anyone’s list of the greatest artists ever, Lenny Kravitz’s name is always included.

Come to think of it, it is only a matter of time that one day, too, some of the artists that we grew up listening to and who are still living would come over to perform in our country.

In closing, as I write this article, I am getting flashback images in my mind of myself as a kid listening to the music of Lenny Kravitz and watching the music videos that went along with his popular hits, many of them now classics.

Just remembering everything that has to do with this man’s music proves the undeniable musical influences Lenny Kravitz still has on all of us. And now his upcoming concert on March 24, 2015 will be one way for us to show our appreciation for everything he has accomplished and contributed to the music industry.