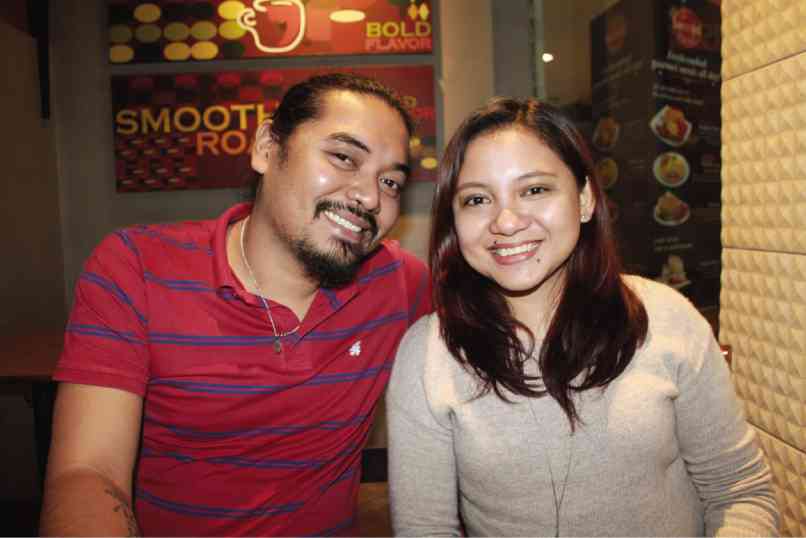 Villegas and Jadaone will celebrate Valentine in Spain.

Directors Dan Villegas and Antoinette Jadaone first met at the gala night of the latter’s “Six Degrees of Separation from Lilia Cuntapay” in 2011. At the time, they were in relationships with other people.

Villegas recalls, “Her speech was very funny, and she had to stretch it because Lilia was late. She was so cute. She was a brilliant writer and director, and I wanted to work with her!”

They met again two years later on the set of “Bakit Hindi Ka Crush ng Crush Mo?,” where Villegas was the cinematographer and Jadaone the script continuity supervisor.

Jadaone shares, “When I broke up with my boyfriend, tinodo ni Dan ang panliligaw sa akin. He’s thoughtful. He sends me flowers and picks me up.”

The couple, who will spend Valentine together in Spain, have made a pact to collaborate on their film projects. Last year alone, they did “Beauty in a Bottle,” “Relaks, It’s Just Pag-ibig,” “English Only, Please” and “That Thing Called Tadhana.”

How do they take care of their relationship? Villegas replies, “Always say yes. I’m objective, she’s more emotional. Last year was hard for us—we were working on four films! We didn’t know what to prioritize—those projects or our relationship!” But, they “survived” because Dan thinks that what they have is true love.

The 32-year-old director of “English Only, Please” elaborates, “Between the two of us, I am more mushy. She isn’t comfortable when I tease her, but she’s more demonstrative in social media.”

Jadaone discloses, “Dan has been guiding my career. Initially, I was against it. Why steer my life for me? Everything is in order, after all. But, later, I realized that what he was giving me was focus and direction.”

Villegas’ successful directing stint at the MMFF was orchestrated by Jadaone. He says, “I’m happy working as a cinematographer—I find it fulfilling. When attorney Joji Alonso, producer of the film, wanted to join the festival, it was Antoinette who suggested that I direct it.”

On Feb. 4, Jadaone’s “That Thing Called Tadhana” will be shown in cinemas nationwide. Why are her rom-coms well-received? She answers, “Like me, my movies are light and talky. I don’t like melodramas. I think my films are grounded in reality—and they’re inspired by real people and situations.”

Any advice to new filmmakers? Antoinette stresses, “You have to have the right attitude to be in this business. Start from the bottom. You can’t learn directing overnight. We don’t know when opportunities will come, so you better be ready when they do!”