One weekend down … five to go | Inquirer Entertainment

One weekend down … five to go 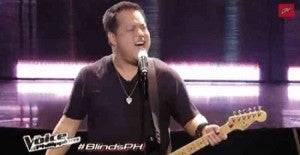 The first weekend of “The Voice of the Philippines” Live Shows started with a bang! However, we must apologize for our very late start (earlier programs were bumped back as well, so I apologize for them too, while I’m at it). We always endeavor to start the show at our appointed time slot, but there are things beyond our control.

What we are able to control is this: the amazing performances. I must say this is one incredibly strong group of artists that we have assembled for the competition, all of them with their eyes on the prize. Which means, everyone is working extra hard to go the extra mile. We can definitely see (and hear) their efforts paying off.

Because they are all amazing, I dread every Results Show held on Sunday night. I’d much rather we didn’t eliminate anyone at this point, but such is the nature of this beast. Every Sunday until we get to the Top 4, the coaches will have to bid one of their artists farewell.

Another bit of trivia: one of the people who departed was a four-chair turn(Poppert). Just because you had all the coaches turn for you at the Blind Auditions, it doesn’t mean you’d automatically … stay. No one can afford to take anything for granted, as everyone is leveling up, making steady progress through his or her journey in the show.

Competing this Saturday are: Casper Blancaflor, Timmy Pavino and Miro Valera (Team Lea); Tanya Diaz, Arnee Hidalgo and Rence Lee Rapanot (Team Bamboo); Alisah Bonaobra, Mackie Cao and Bradley Holmes (Team Apl); and Kokoi Baldo, Mark Douglas Dagal and Jason Dy (Team Sarah). We had rehearsals early this week, and every single one of them blew me away. This Sunday is going to be another tough night.

A few people on social media noticed that I wasn’t my hyper self in my chair—no dancing around, no jumping, no screaming like crazy. In truth, I had very little sleep (it was past sunrise when I finally got my mind to stop racing) so I was dragging my feet a little bit. I knew that decision night wasn’t going to be easy, and I was only too grateful to be sharing the experience with three other people.

When I got to my chair amid the packed Resorts World Manila house, I got a little queasy. Watching the production numbers performed by the noncompeting artists helped calm my 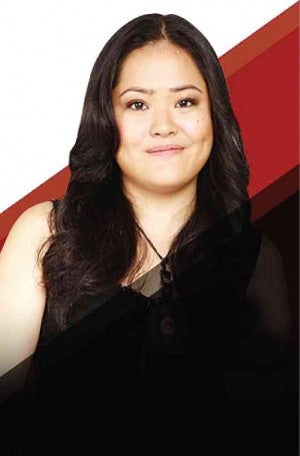 nerves, but not completely. We are now only too familiar with the unpredictability of the public votes, which we would hear for the first time that night (viewers had from the time the show on Saturday ended to just after the start of Sunday’s show to vote for their favorites to stay). One by one we got their names: Leah … Daryl … Monique … and Kai. Without a doubt, these four breathed the hugest sighs of relief they had ever breathed.

It then came time for the coaches to save one artist each. No one had an easy time deciding. After the Saturday show, I watched my artists at home via iwantv.com.ph, to see how they projected on screen. Live performance is one thing; television is another. No one is going to be 100-percent happy with any decision that we make, so we just have to go with our gut here based on what we saw and heard.

Until Feb. 22 (which happens to be my birthday), we have a say in every decision. Until then, may God help us all.

Meanwhile, may none of us pass out on Sunday.