Kat Alano: If someone tells you they're raped, don't attack them | Inquirer Entertainment
Close
menu
search

Kat Alano: If someone tells you they’re raped, don’t attack them 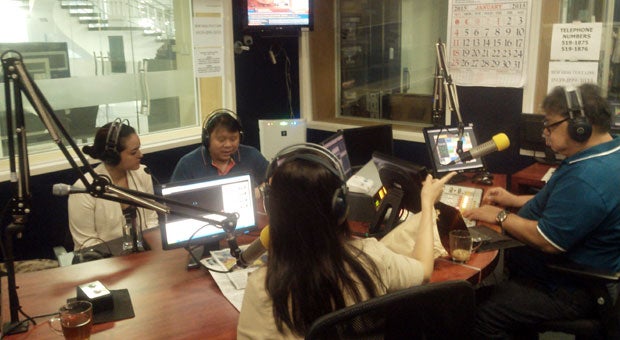 Kat Alano recounts her experience of being a rape victim and speaking against the rape culture in the country during an interview over Radyo Inquirer Monday.

MANILA, Philippines—Celebrity VJ Kat Alano asked the public on Monday to fight the prevailing rape culture in the country by facilitating an environment where rape victims could share their experience without the fear of being attacked.

In an exclusive interview with Radyo Inquirer 990AM, Alano, her voice cracking, lamented:

“If someone tells you they are raped, do not attack them, because how will we ever find the rapist if the victims will not be able to speak?”

“There are rape victims. The rape culture in our country… the victims will not, cannot, are too scared to speak and too difficult (for them) to deal with their own traumas. They are scared out of their minds. They just wanted to forget, they just wanted it to go away.”

‘The truth cost my career’

Being a rape victim herself, Alano recounted how sharing her experience to the public had cost her everything—including her safety and career in show business. She said that since coming out as a rape victim last April, she has been attacked by bashers and even received death threats.

“When you come out in show business, you are tagged as scandalous. When you say you were raped or abused, nobody wants to touch you. I have no career because I told the truth.”

“I was receiving death threats. I went quiet. I was advised by my agents to ‘be quiet’ so I stopped working. I knew this would happen.”

In the interview, Alano clarified that sharing her story to the public is not a way for her to get the public’s attention but to be a voice for other rape victims. She also did not reveal the name of her attacker.

“I would have said the name of my attacker. If I wanted attention but I was just supporting those who say they were raped.”

“I really came out to tell people ‘you don’t understand rape’, ‘you don’t know what you are doing’. It happened to me and I did not want to speak about it. I was so scared. I was 19. I was just new in the show business. My parents were not in the country and were just divorced. I could not turn to them.”

Ten years after the traumatic incident, the VJ admitted that she is still in the process of healing.

“When you are raped, you repress the memories. It’s so painful. It’s so scary. Someone did something to you that you cannot explain.”

“I am still dealing with my trauma.”

Alano first publicly spoke about her experience last April. In an open letter, she asked Justice Secretary Leila De Lima to catch rapists and give victims “the justice they deserve.”

As a response, De Lima advised Alano to file a criminal case against her assailant to let the justice system prevail.