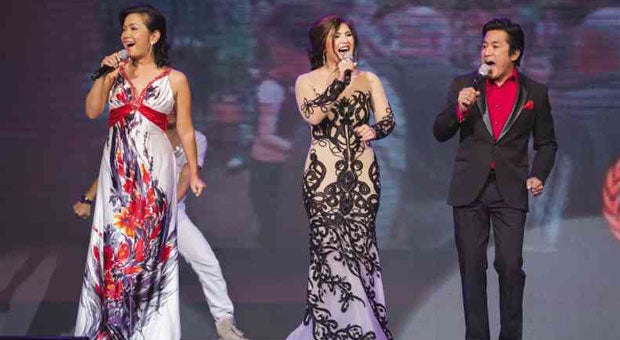 Actress Vina Morales says she is ready to fall in love again.

“It’s been six years since my last relationship. It’s safe to say I’m emotionally prepared [for a new one],” says the 39-year-old actress-singer. “I’m open to dating now. I go out with friends, although I don’t do it often because my daughter is still my priority.”

“It’s funny—at night, she prays to God for a baby brother or sister. When I first heard her say that, I almost fell off the bed,” relates Vina. “It helps that she’s also emotionally ready to welcome new people into our lives.”

Vina reveals that she dated briefly after breaking up with Cedric. “But I wasn’t ready for anything serious. Timing is important. Once I was asked what kind of guy I was looking for. I said I wasn’t setting any more standards. Occasionally, I meet guys who are [okay], but I want to meet others.”

She wouldn’t mind dating foreigners, she says. “I’ve had foreigner boyfriends. The difference in culture makes the relationship interesting.” She wouldn’t mind going out with a younger guy, either. “But he has to be mature for his age. Actually, I prefer them older.”

What Vina is not keen about is dating show biz guys. “I dated Robin (Padilla) and Keempee (de Leon) and learned so much from those relationships. I’m just being careful; but if I meet someone and there’s a spark…”

She denies rumors that the attraction between Robin and herself was rekindled recently when they made a movie: “We became good friends again. I no longer think of him as a romantic partner.”

Vina admits, “When I’m in love, I give my all… I don’t regret anything. [Otherwise], I wouldn’t have Ceana. She’s the best thing that ever happened to me. It’s tough raising a kid on your own, and I’m thankful that I have a supportive family.”

Like her mom, Ceana sings rather well. “She’s shy [but] I’m not bothered. She’s too young for show business… but it’s up to her.”

Vina plays the lead in ABS-CBN’s new afternoon series “Nasaan Ka Nang Kailangan Kita?” based on the 1986 film of the same title.